14/09/2020 – Israel and Morocco are set to announce direct flights as part of the next step in US efforts to facilitate normalization efforts between Israel and Arab states, according to Israeli Channel 12.

The report comes a day after Bahrain joined the United Arab Emirates in striking an agreement to normalize relations with Israel.

Israel has so far normalized ties with Egypt, Jordan, the UAE and Bahrain. The country still does not have formal ties with either Morocco or Sudan.

Bahrain and the UAE will formally sign their peace agreements with Israel at a signing ceremony on September 15 at the White House.

26/08/2020 – US company Apogee-SSU is training Cessna 208B Caravan crews of the Cameroonian, Nigerien and Chadian air forces under a United States government contract.

The US Department of State recently renewed the company’s training contract, Africa Intelligence reports, and Apogee-SSU said on its website it has openings in Africa performing services for the Department of State (DOS), Bureau of African Affairs. This requirement is for the full-time services of three Technical Advisors to train selected aviation personnel in Cameroon, Chad and Niger on Cessna 208B aircraft and respective mission equipment, such as Intelligence, Surveillance, Reconnaissance (ISR) and/or Casualty Evacuation (CASEVAC), so that partner nation aviation personnel are self-sufficient in the operations and maintenance tasks of Caravan aircraft. END_OF_DOCUMENT_TOKEN_TO_BE_REPLACED 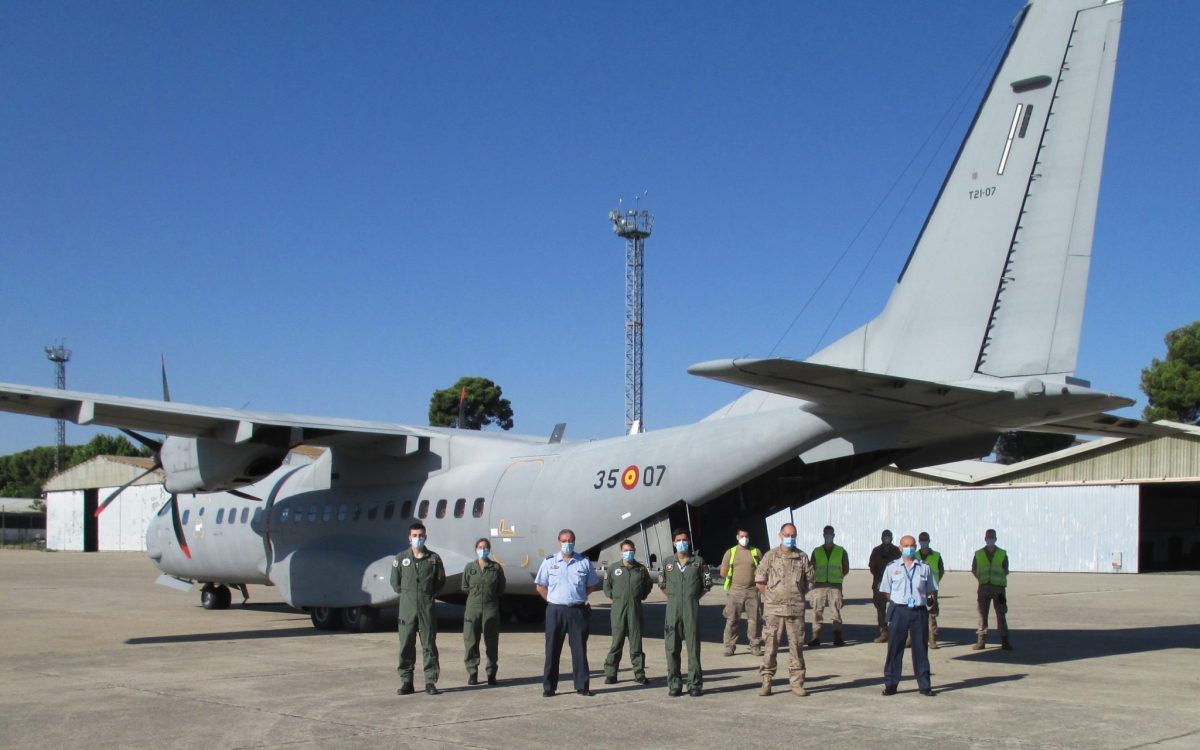 28/07/2020 – The Spanish Air Force has sent a second C295 aircraft to Dakar, Senegal, to support pace and security missions in the area.

The aircraft left Getafe, Spain, on 15 July to join a first aircraft that arrived there in March this year. The aircraft support the United Nations missions in the Central African Republic (Minusca) and Mali (Minusma) as well as the French-led Operation Barkhane. END_OF_DOCUMENT_TOKEN_TO_BE_REPLACED

2018/06/11 – Airbus has released The Great Enabler: Aerospace in Africa – a White Paper on the role of aerospace technologies and their impact on socio-economic development in Africa.

The report looks at how different segments of the industry can address a core set of challenges on the continent by: increasing access to healthcare; enhancing food security by making African agriculture more competitive and sustainable; promoting education, training and innovation; empowering businesses with innovative products and solutions; and breaking down barriers to the movement of people and goods across Africa. END_OF_DOCUMENT_TOKEN_TO_BE_REPLACED

2018/04/03 – China said Monday that it expects to boost its cooperation with Algeria in the field of aerospace technology.Yang Baohua, deputy general manager of China Aerospace Science and Technology Corporation, said that China expects substantive cooperation in other follow-up projects in the field. END_OF_DOCUMENT_TOKEN_TO_BE_REPLACED