The new acquisitions comply with Kodal’s strategy to identify value accretive strategic mineral opportunities in West Africa and expand its exposure to the booming lithium extraction and development industry. END_OF_DOCUMENT_TOKEN_TO_BE_REPLACED

By Barry Morgan in  Paris – UPSTREAM

OPINION: Last week’s mutinous putsch by Malian army officers against President Boubacar Keita is cause for concern among oil and gas companies operating in the region, not least in Senegal and Mauritania’s burgeoning industry.

The bloodless coup was swiftly denounced by the African Union, which demanded the immediate recall of the ousted president and Prime Minister Boubou Cisse, yet people were seen rejoicing on the streets of the capital Bamako.

Popular frustration had mounted over alleged corruption and growing insecurity in the landlocked state, most of it controlled by Tuareg militia and terror groups Islamic State and Al Qaeda.

France has 5100 soldiers deployed to assist and train the G5 Sahel militaries of Mali, Chad, Niger, Burkina Faso and Mauritania and is desperately seeking funds to shore up the mission in the wake of US President Donald Trump’s decision to scale down US counter-terror operations.

Keita may now be relocated to Senegal by Mali’s army junta, comprising senior officers well-liked in the ranks and led by US-trained Colonel Assimi Goita.

The events of 18 August reflect a wider malaise. Recent weeks have seen the advance of East Africa’s Al Qaeda affiliate to threaten liquefied natural gas developments operated by Total and ExxonMobil in Mozambique.

South Africa is wary of entering the fray for fear of jihadist retaliation on its own territory — Russia’s Wagner Group tried and failed to assist the Mozambique army but quit the scene, popping up again this month in Libya’s southwestern oil patch.

Russian mercenaries have sought access to natural resources in return for quelling rebellion but have had limited success with the US, for now, deploying substantial diplomatic capital to exclude Russian entities from participation in oilfield equity.

Lukoil failed to snare desired acreage in Equatorial Guinea and in Senegal where Nigerian independent Oranto Petroleum was also persuaded against a proposed farmout to Rosneft.

Perhaps more critical is the spill-over into sub-Saharan Africa of intense competition between the Emirati-Saudi alliance and a coalition of Qatari-Turkish interests with Iran as an active participant, all vying to win friends and influence people across the continent.

France is appalled, having failed to secure either Saudi or Qatari finance for the G5 which may now crumble, with President Emmanuel Macron using funds borrowed by Senegal to hastily build a military camp at Goudiry near the Mali border to combat cross-border threats.

Little more than 600 kilometres of desert separates restive Islamist militias from the Senegal-Mauritanian coast, while just to the north Iran stands accused by Morocco of using Hezbollah to train up Polisario rebels just in case the US caves in and backs Rabat’s claim to sovereignty over Western Sahara.

One false move and an attack on Senegal’s flagship oil and gas developments could blast both out of the water before either Sangomar or Greater Tortue Ahmeyim have pumped a drop — and Woodside Petroleum, Total and BP are well aware of the threat.

(This is an Upstream opinion article.)(Copyright) |Photo : Bloodless coup: Malian army soldiers arrive amid a crowd of supporters in Bamako’s Independence Square after the overthrow of the country’s president Photo: AFP/SCANPIX 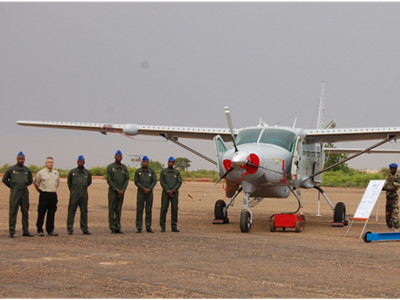 26/08/2020 – US company Apogee-SSU is training Cessna 208B Caravan crews of the Cameroonian, Nigerien and Chadian air forces under a United States government contract.

The US Department of State recently renewed the company’s training contract, Africa Intelligence reports, and Apogee-SSU said on its website it has openings in Africa performing services for the Department of State (DOS), Bureau of African Affairs. This requirement is for the full-time services of three Technical Advisors to train selected aviation personnel in Cameroon, Chad and Niger on Cessna 208B aircraft and respective mission equipment, such as Intelligence, Surveillance, Reconnaissance (ISR) and/or Casualty Evacuation (CASEVAC), so that partner nation aviation personnel are self-sufficient in the operations and maintenance tasks of Caravan aircraft. END_OF_DOCUMENT_TOKEN_TO_BE_REPLACED

21/08/2020 – While many extremist terror groups like Al-Qaeda and ISIS/Daesh have largely faded from the world scene, their African counterpart, Boko Haram continues to wreak havoc in Nigeria, Chad, Niger, and Cameroon. END_OF_DOCUMENT_TOKEN_TO_BE_REPLACED

Adopted by the Peace and Security Council (PSC) of the African Union (AU), at its 938thmeeting held on 29 July 2020, on the situation in Mali, following the Declaration of Economic community of West Africa States (ECOWAS) Heads of State and Government on the Socio-Political crisis in Mali adopted on 27 July 2020:

Taking note of the Extraordinary Summit of the Heads of States and Government of ECOWAS convened by videoconference on 27 July 2020 on the socio-political crisis in Mali;

Reaffirms the relevant AU instruments, in particular the provisions of the African Charter on Democracy, Elections and Governance, the Protocol Relating to the establishment of the Peace and Security Council of the African Union, as well as the ECOWAS Supplementary Protocol on Democracy and Good Governance, which reject any unconstitutional change of government, including seizure of power by force;

Further reaffirming the unwavering AU respect for the sovereignty, unity and the territorial integrity of Mali, as well as AU’s solidarity with People and Government of Mali;

Mindful of the need for Malian stakeholders to uphold their commitment towards the full implementation of the Peace and Reconciliation Agreement in Mali, emanating from Algiers process, as a unique and balanced framework for Malians to resolve their differences, on the basis of the principles of transparency and inclusivity;

Reaffirming the need for all Malian stakeholders to work together towards addressing the root causes of the crisis in their country, in particular the central issues relating to governance, security and development.

Acting under Article 7 of its Protocol, the Peace and Security Council

1. Commends ECOWAS for its continued leadership and engagement in efforts towards finding a lasting solution to the socio-political crisis in Mali, currently facing multifaceted challenges that have the potential to undermine peace, security and development efforts in the country; in this regard, welcomes the initiatives by ECOWAS, including the deployment of a Special Envoy and Mediator, H.E. President Goodluck Ebele Jonathan, former President of Nigeria, to lead the mediation process, a visit of a Delegation of Heads of State and Government to Bamako, led by H.E. Mahamadou Issoufou, President of Niger and Chairperson of the ECOWAS Authority, and comprising the Presidents of Cote d’Ivoire, Ghana, Nigeria and Senegal;

2. Endorses the Declaration of ECOWAS Heads of State and Government on the Socio-Political crisis in Mali, adopted on 27 July 2020, with a view to resolving the crisis in Mali, in line with Article 16 of the PSC Protocol; calls on the United Nations Security Council to endorse the Decisions contained in this Declaration, in accordance with Chapter VIII of the UN Charter;

3. Requests the Chairperson of the Commission to consult the ECOWAS with a view to finding a lasting solution to the socio-political situation in Mali, based on dialogue, within the framework of implementation of the Peace and reconciliation Agreement in Mali, emanating from the Algiers process;

4. Calls on all Malian stakeholders to uphold the supreme interest of their country above any other consideration and therefore, take full responsibility of the Declaration by the ECOWAS Authority; further calls on all Malian parties to expedite the implementation of the Peace and Reconciliation Agreement in Mali, as a priority towards preserving the political and security achievements made thus far;

5. Expresses concern at the threat posed by the current tensions to the constitutional order in the Republic of Mali, which potentially constitutes a serious setback for the country and the region as a whole, in particular given the current spread of terrorism, violent extremism and inter-communal tensions in the Sahel that continue to hinder the necessary efforts towards improving governance and living conditions of the people;

6. Appeals to all Malian citizens to remain calm and refrain from any actions or public declarations that could further exacerbate the situation in the country and create the necessary conditions for peaceful and inclusive dialogue and mediation efforts currently underway; in this regard, encourages the Malian stakeholders to continue with the dialogue and negotiation processes to promote a peaceful and durable solution to the ongoing crisis in the country;

7. Reiterates AU’s continued support to the efforts of the ECOWAS in Mali and calls on the international community, in particular the United Nations, to continue to providing support to Mali, in efforts aimed at addressing the root causes of the crisis in this country, particularly issues related to governance, security and development;

8. Decides to remain seized of the matter.

15/07/2020 – The discussion of Sino-African relations continues to be dominated by China’s economic activities and aspirations. However, the People’s Republic has been working for more than a decade to establish itself as a serious actor in security policy on the African continent and has already made significant progress. All the indications are that China, with its security ambitions, is pursuing a systematic and holistic continent-wide approach, including arms supplies and military diplomacy, as well as deployment in peacekeeping missions and participation in military training. END_OF_DOCUMENT_TOKEN_TO_BE_REPLACED 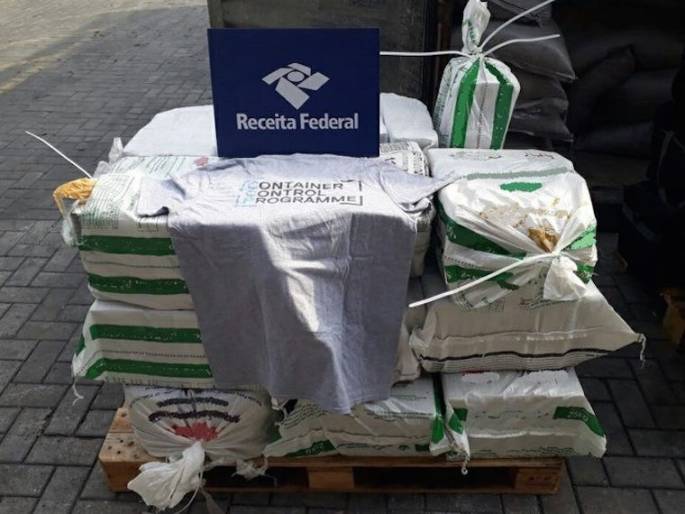 05/01/2020 – The route first became infamous between the 16th and 19th centuries when millions of West African slaves were shipped to South America through it. But the distance of approximately 2,500 kilometres (between Brazil and Dakar) has acquired a new type of notoriety since the early 2000s after Latin American drug cartels started using it to ship tonnes of narcotics into West Africa, which are later smuggled by drug mules in smaller quantities into Europe. END_OF_DOCUMENT_TOKEN_TO_BE_REPLACED

Turkey is establishing logistics bases in African countries after seeing exponential rise in trade in the last 16 years thanks to the country’s Africa initiative.

eeing a remarkable increase in bilateral trade with African countries, Turkey has ramped up efforts to expand commercial operations on the continent by establishing trade and logistics centers, Trade Minister Ruhsar Pekcan said Monday.Addressing a consultation meeting of African Business Councils under Turkey’s Foreign Economic Relations Board (DEİK), Pekcan said: “We are founding trade centers in the destinations we have previously determined. But more importantly, we should establish logistics centers in several points in Africa. We have launched our operations accordingly.” END_OF_DOCUMENT_TOKEN_TO_BE_REPLACED

26/12/2019 – Burkina Faso was in mourning Wednesday after jihadists killed 35 civilians, almost all of them women, in double attacks in the north in one of the deadliest assaults in nearly five years of violence in the West African country. END_OF_DOCUMENT_TOKEN_TO_BE_REPLACED 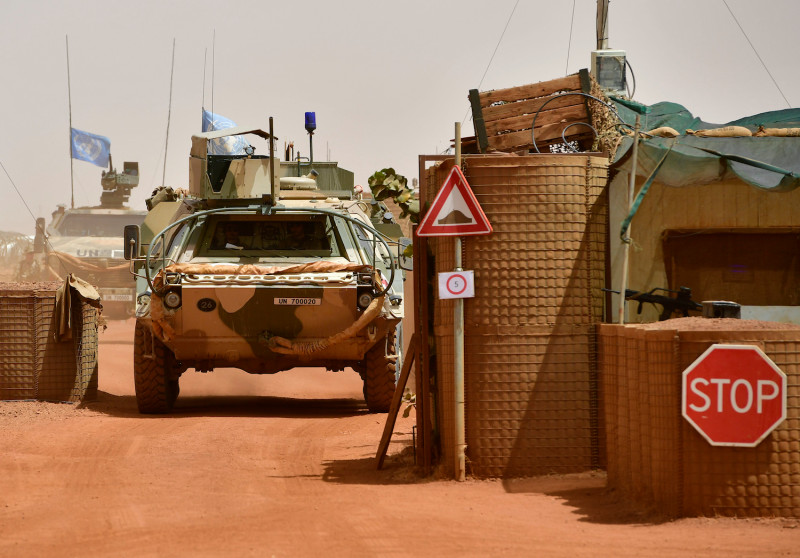 21/12/2019 – The Trump administration is preparing to create a new special envoy position and task force to deal with security threats in the Sahel region of Africa, reflecting a growing alarm in Washington about the rise of extremist groups in West Africa, including ones affiliated with the Islamic State. END_OF_DOCUMENT_TOKEN_TO_BE_REPLACED