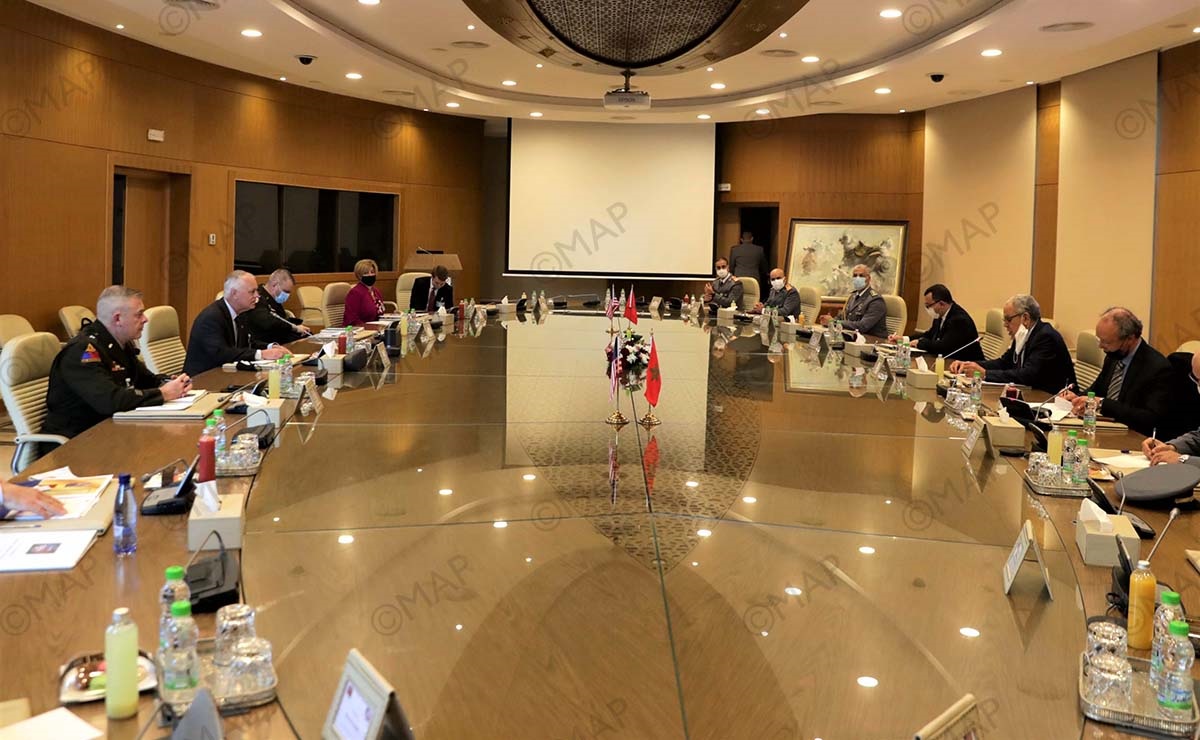 Morocco and the US today held the 11th meeting of the joint Defense Consultative Committee (DCC). The meeting took place in Rabat at the headquarters of the National Defense Administration.

Morocco’s Minister Delegate for National Defense Administration, Abdellatif Loudyi, co-chaired the session with the US Under-Secretary of Defense in charge of Political Affairs, Anthony Tata.

Tata is leading a large military delegation on a three-day working visit to Morocco.

At the start of the discussions, Loudyi and Tata expressed their satisfaction with the Morocco-US cooperation in the field of defense. The two officials also shared their ambition to further develop bilateral ties.

Commenting on the recent US decision to recognize Morocco’s sovereignty over Western Sahara, Loudyi and Tata agreed that the unprecedented step will help bilateral relations reach new heights.

“This historic event will certainly have positive impacts on peace, stability, security, and economic integration in the Maghreb, the Sahel, and the Middle East,” Loudyi said, as quoted in a statement from Morocco’s Royal Armed Forces.

The minister delegate made a presentation to the US delegation on Morocco’s strategy against terrorism, drug trafficking, and irregular migration. He also invited the US Department of Defense to launch joint defense industry projects with Morocco.

In light of the unprecedented Morocco-US rapprochement, as well as the recent approval of a Moroccan law that regulates the manufacturing, trade, import, export, and transportation of weapons, it is likely that American arm manufacturers will soon begin expanding in Morocco.

Tata expressed satisfaction with the military cooperation between his country and Morocco. He said the strong defense coordination between the two countries is illustrated by the “regular, dense, and diversified training, exchange of expertises, and large-scale joint exercises.”

Today’s meeting took place in the presence of several high-ranking officers from the Moroccan Royal Armed Forces and the Royal Gendarmerie.

The session confirms the privileged relationship that Morocco and the US enjoy on security and defense matters.

The agreement seeks to improve intelligence sharing between Moroccan and American military and security services. It also aims to increase military preparedness for joint operations.