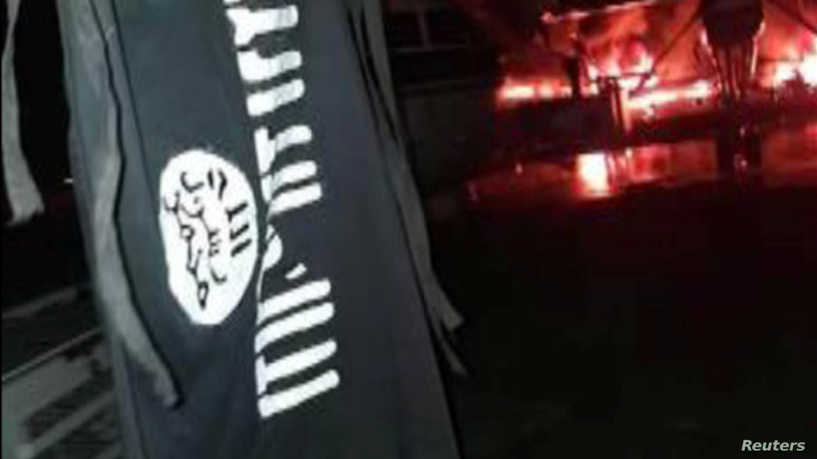 06/01/2020- Three United States Department of Defense personnel were killed as al-Shabab extremist group overran a key military base used by U.S. counter-terrorism forces in Kenya before dawn Sunday.According to the military, the attack on the Manda Bay Airfield which also destroyed several U.S. aircraft and vehicles before it was repelled, was the al-Qaida-linked group’s first attack against U.S. forces in the East African country.

The military called the security situation « fluid » several hours after the assault.

Somali militant group al-Shabab has claimed responsibility for the attack on the base used by U.S. and Kenyan military teams.

A cloud of black smoke could be seen rising from the military base in the coastal town of Lamu, along Kenya-Somalia border.

U.S. military command in Africa, known as AFRICOM, confirmed some of the smoke could have originated from the destruction of equipment at the base.

Al-Shabab said in a statement that it had taken control of part of the base, and it had inflicted casualties in the attack.

One witness who didn’t want to be named for fear of reprisals spoke to VOA about how he was woken up by explosions, followed by hours of gunfire sounds.

« We heard heavy explosions at around 4, » he said.  « In the beginning, we thought this was a usual explosion we hear around the area Then we saw a fire and thick black smoke. Then for a while, it was quiet at around 6, then we heard gun attacks up to 8. It was at that time we saw a plane dropping something that looked like bombs. »

Witnesses told VOA there was still a heavy security presence of in and around the area. Security officers could be seen asking some civilians to produce their identification documents.

« They are aware currently the focus is on a retaliatory attack as a result of what happened in Baghdad. So to them, this an opportunity for them also to rebrand themselves internationally. That’s why despite the fact that they knew very well that they were going to lose, but they had to do it in order to rebrand themselves internationally, » he said.

The area that borders Somalia has been the target of security operations for the last five years.

Al-Shabab has carried out wave attacks against Kenyan security forces and civilians in the coast and northeastern region.

Sahel-Elite (Bamako-Mali) |Photo: An image distributed by al Shabaab after the attack on a military base in Kenya shows Somalia’s al Shabaab militant group’s flag, said to be at the Manda Bay Airfield in Manda, Lamu, Kenya January 5, 2020.