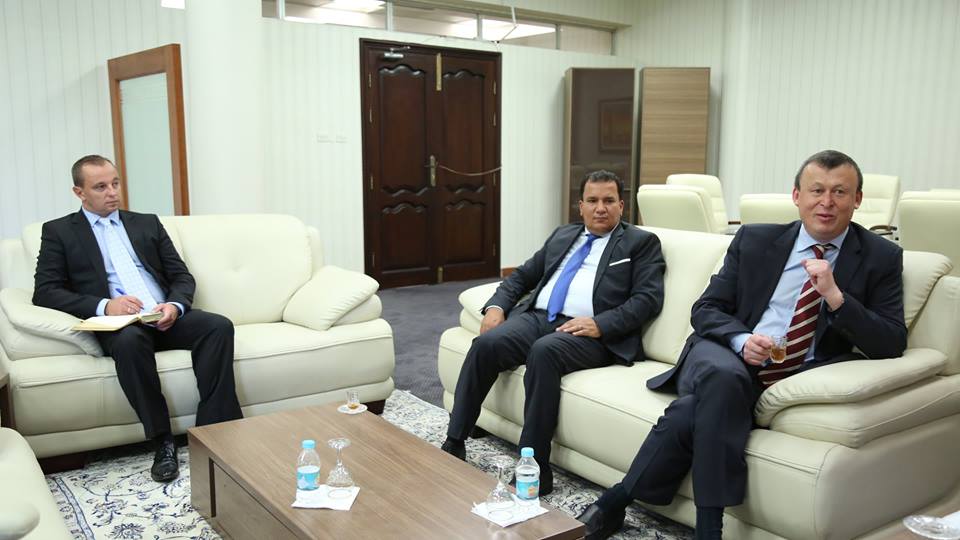 2018/06/11 – The member of the Presidential Council (PC) Abdulsalam Kajman discussed with the Ambassador of Ukraine to Libya Mykola Nahorny the possibility of reopening the Ukrainian Embassy in Tripoli during the coming period, in addition to means to strengthen cooperation between the two countries.

The Ukrainian ambassador requested during the meeting held Sunday at the Prime Minister’s Office, the crediting of the Honorary Consul appointed by the Ministry of Foreign Affairs of Ukraine, to look into the interests of Ukrainian nationals in Libya.

The meeting also discussed the issue of the Ukrainian sailors who are serving a sentence of imprisonment in Libya and the possibility of completing the period in their country. 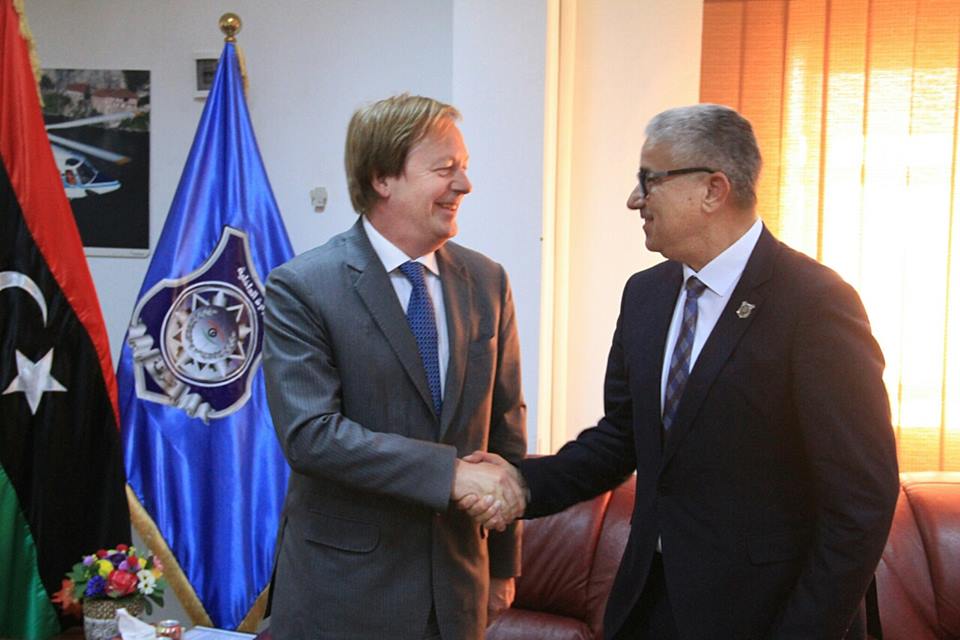 2018/16/11 – The Minister of Interior of the Presidential Council (PC) Fathi Pashagha, reviewed on Monday with British Ambassador to Libya Frank Baker, ways of security cooperation and the activation of previous agreements concluded between the two countries. END_OF_DOCUMENT_TOKEN_TO_BE_REPLACED