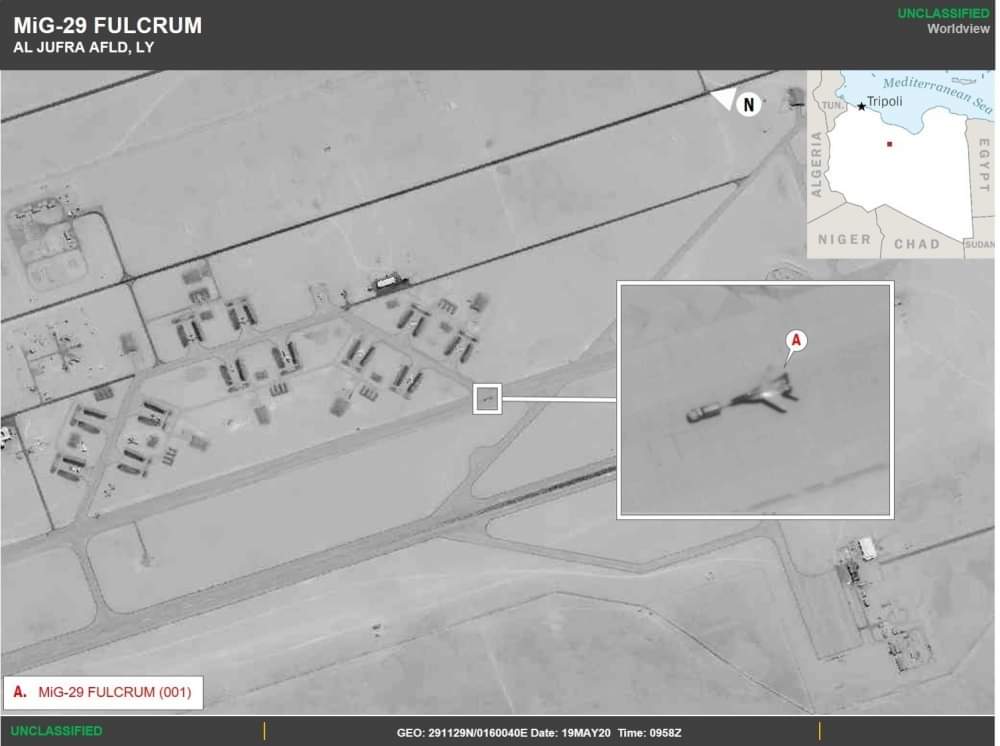 11/08/2020 – Two Russian military cargo planes landed in Libya’s strategic Sirte city – Gardabiya airbase – which is under the control of illegitimate forces loyal to putschist Khalifa Haftar, the Libyan Army under the Government of National Accord said. END_OF_DOCUMENT_TOKEN_TO_BE_REPLACED

07/08/2020 – Mercenaries of the Russian Wagner Group are en route to much-contested Sirte after leaving Jufra, the Libyan Army said in a statement Thursday.

The Wagner mercenaries, which are fighting on behalf of putschist Gen. Khalifa Haftar, are moving in a 21-vehicle convoy including four trucks and two ammunition carriers, the army of the United Nations-recognized Government of National Accord (GNA) said in a Facebook post. END_OF_DOCUMENT_TOKEN_TO_BE_REPLACED

23/07/2020 – The Volcano of Rage Operation of the Libyan Army under the command of the Government of National Accord (GNA) said it destroyed Thursday four tons of war remnants and mines planted by Khalifa Haftar’s forces in residential areas in southern Tripoli. END_OF_DOCUMENT_TOKEN_TO_BE_REPLACED

21/12/2019 – Tarhuna Protection Force of the Libyan Army has announced the start of an operation to liberate the city from what it said a group of corrupts who took the city as a hostage, killed its free people, and forcibly displaced them from their homes.

In a statement, the force called on all the social components of the city to support them in order to eradicate these criminals and mercenaries and return the city to the embrace of the motherland, according to the statement.

The Libyan Army announced yesterday, the success of their operations launched to liberate Tarhuna, confirming that its forces are stationed in several locations in its vicinity. 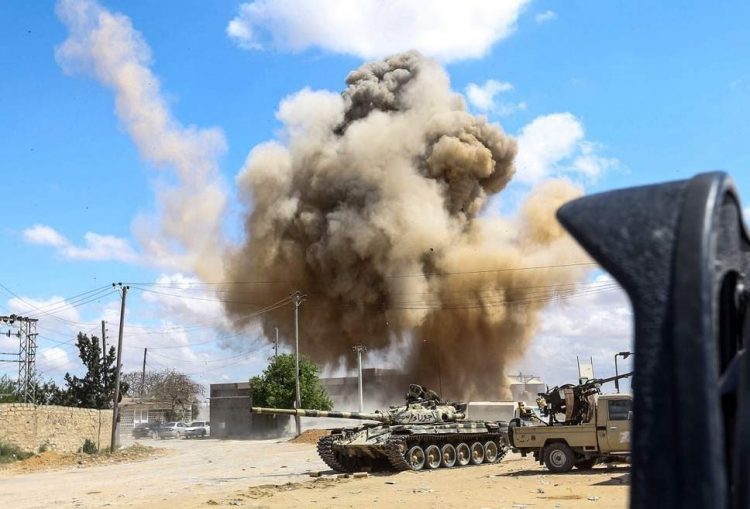 07/09/2019 – The Libyan Army forces under the command of the Government of National Accord (GNA) has conducted today an all-out offensive on Khalifa Haftar’s forces in southern Tripoli frontlines and Souq Al-Khamis Imsahel, while carrying out airstrikes on different frontlines, including Sagiyah in Tarhouna.  END_OF_DOCUMENT_TOKEN_TO_BE_REPLACED

2019/14/02 – The Presidential Council (PC) has appointed Mohammed Al-Sharif as the new Chief of Staff of the Libyan Army – loyal to the government based in Tripoli.

Al-Sharif’s appointment replaces Abdelrahman Al-Taweel who was named Chief of Staff in September 2017. Al-Taweel was at the time head of the security preparations committee of the PC. END_OF_DOCUMENT_TOKEN_TO_BE_REPLACED