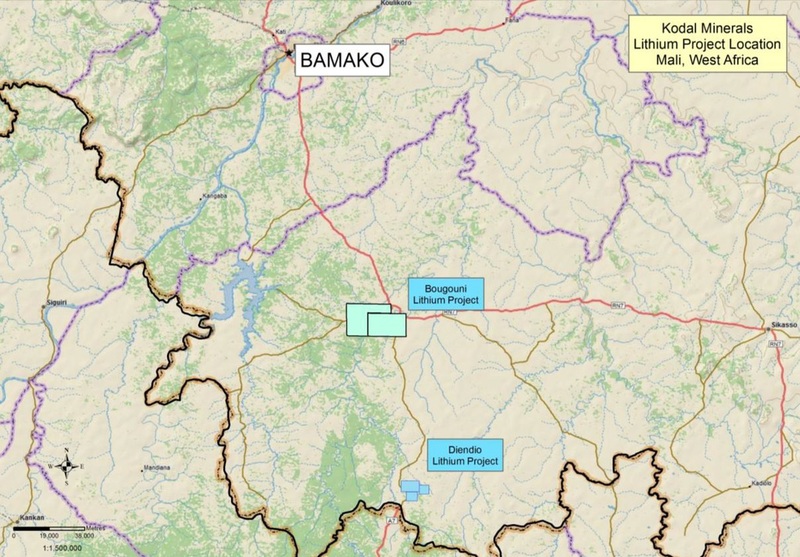 The new acquisitions comply with Kodal’s strategy to identify value accretive strategic mineral opportunities in West Africa and expand its exposure to the booming lithium extraction and development industry.

The company conducted a field reconnaissance by its geologists that confirmed the presence of coarse grained pegmatites containing spodumene (lithium bearing mineral).

Kodal also intends to conduct a field review and reconnaissance mapping of pegmatite occurrences immediately. Geochemical sampling and prioritisation for drill testing will also be undertaken.

Kodal Minerals CEO Bernard Aylward said: “This acquisition of the Diendio Project is a direct result of our in-country team identifying the prospective target and our local knowledge allowing a rapid finalisation of the agreement. The low-entry cost will allow the company to focus on maximum expenditure in the ground, and our exploration team will commence initial sampling and mapping immediately.

“Kodal continues to expand its lithium exploration portfolio with this acquisition of the Diendio Project, complementing the Bougouni Lithium project acquired in August and September this year. These two exciting projects are located in southern Mali, a rapidly advancing region for the identification and delineation of high grade lithium mineralisation associated with pegmatite intrusions.”

In October, the company raised £750,000 to advance these lithium projects.

The Diendio Project is located nearly 230km south of Bamako, the capital of Mali.