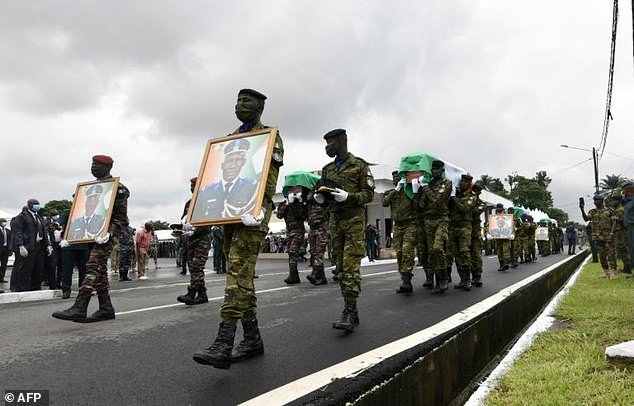 13/07/2020 – Ivory Coast has created a special military zone in the north of the country, the government said Monday, less than a month after a deadly jihadist attack on a frontier post.

The pre-dawn killing of 14 army personnel at Kafolo, on the country’s border with Burkina Faso, was the first assault by Islamist extremists on Ivorian soil since March 2016, when a raid on the southeastern beach resort of Grand-Bassam left 19 people dead.

« Given the persistent insecurity at the borders between Ivory Coast, Mali and Burkina Faso due to the presence of armed terrorist groups in these neighbouring countries and following the attack, » the government has authorised « the creation of an operational zone, » according to a statement made at the end of a cabinet meeting.

The zone will have a single central command for military operations.

« This northern operational zone will make it possible to move from the phase of border surveillance to a defensive posture… in order to prevent any infiltration of these armed groups onto national territory, » the statement said.

The attack at Kafolo has not been claimed but security sources believe it was carried out by the Group to Support Islam and Muslims (GSIM), an organisation linked to Al-Qaeda.

Around 60 people, including the jihadist leader who led the June 11 assault, were arrested before and after the attack, according to security sources.

It took place in the same zone where Ivory Coast and Burkina Faso launched a ground-breaking joint operation to flush out jihadists in May.

Ivory Coast shares a 550-kilometre (340-mile) border with Burkina Faso, where jihadist violence has claimed nearly 1,000 lives and forced 860,000 people from their homes over the past five years.

Sahel-Elite (Bamako-Mali) | Photo: A ceremony was held for the soldiers killed during an attack in Kafolo on June 11