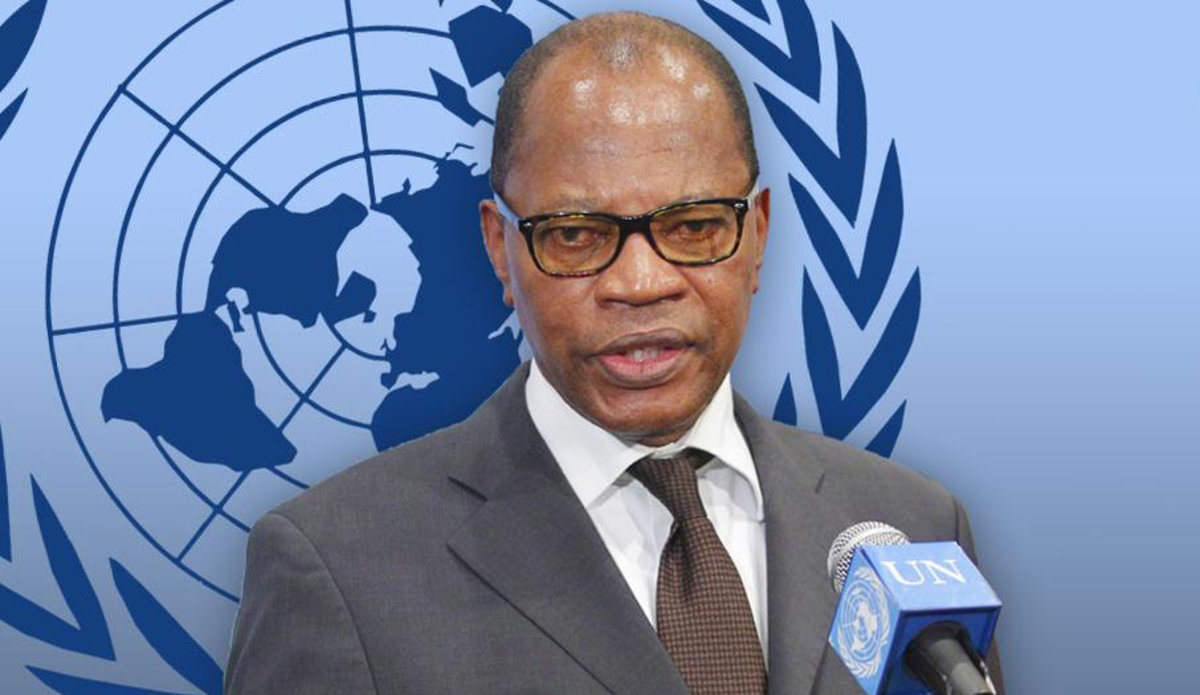 1/07/2020 – Intercommunal violence and persistent attacks by extremists continue to undermine peace and security across West Africa, the Secretary-General’s Special Representative in the region warned the Security Council in a 9 July videoconference meeting*, as delegates called for sustained engagement with all partners to advance a holistic approach to peace.

Presenting the Secretary-General’s latest report (document S/2020/585), he described security conditions as “extremely volatile”.  In Burkina Faso alone, as of June, 921,000 people have been forced to flee, representing a 92 per cent rise over 2019 figures.  In Mali, nearly 240,000 people are internally displaced — 54 per cent of them women — while in Niger, 489,000 people were forced to flee, including Nigerian and Malian refugees.  In Nigeria, 7.7 million people will need emergency assistance in 2020.

He said that as national and multinational forces intensify their operations to counter the violence, communities have organized volunteer groups and self-defence militias.  Rights groups have raised concerns over reports of alleged abuses by these militias, as well as by security and defence forces.

“The growing linkages between terrorism, organized crime and intercommunal violence cannot be overemphasized”, he said.  “Terrorists continue to exploit latent ethnic animosities and the absence of the State in peripheral areas to advance their agenda.”

He urged the United Nations to remain committed to working with all partners, by building national and institutional capacity, improving community resilience and advocating for good governance, political inclusion, respect for human rights and adherence to the rule of law.  It must also support the Economic Community of West African States (ECOWAS) 2020-2024 action plan to end terrorism and extend broad support for both the Regional Stabilization, Recovery and Resilience Strategy for Areas Affected by Boko Haram in the Lake Chad Basin Region, and the United Nations integrated strategy for the Sahel.

For his part, he said he facilitated a meeting, on 4 March, among the Lake Chad Basin Commission secretariat, the head of the Multinational Joint Task Force, and the Regional United Nations Sustainable Development Group, in Dakar, to develop a common understanding of the role of United Nations agencies in implementing the Regional Stabilization, Recovery and Resilience Strategy.  Further, UNOWAS signed a cooperation agreement with the Mano River Union on peace and security issues and support to women and youth on cross-border cooperation.

Turning to climate change, he said its effects are amplifying farmer-herder conflicts, increasing social tensions, and fostering rural-urban migration, violence and food insecurity.  UNOWAS is conducting an analysis to understand the options for mitigating the impact on peace and security, in partnership with ECOWAS, the World Bank, and with international and regional think tanks.

As for COVID-19, he said the coronavirus is exacerbating known conflict drivers, negatively impacting human rights and the rule of law, and disproportionately affecting women and girls, with reported increases in femicide.  UNOWAS has held virtual consultations with resident coordinators to assess the impact of COVID-19, identifying ways to strengthen collaboration with national and regional stakeholders in support of Government response efforts.  The resident coordinators noted that while Government COVID-19 responses have been consensus driven, there have been cases where responses received serious criticism from national actors.  UNOWAS will continue work with countries to broaden social support, inclusivity and national cohesion.

Despite the pandemic, the region has seen a number of positive developments, he said, notably the relatively peaceful conduct of elections in Togo, local elections in Benin, and the completion of work of the Constitutional Review Commission in the Gambia.

Noting that five high-stakes presidential elections are planned in Burkina Faso, Côte d’Ivoire, Ghana, Guinea and Niger, he said they “present an opportunity for democratic consolidation in these countries”.  To ensure they are credible and inclusive, consensus will be needed to address underlying challenges.  While the pandemic led to delays or the postponement of voter registration in some of these countries, preparations have resumed and stakeholders in most of these States have maintained their determination to hold elections as scheduled.

In the ensuing dialogue, China’s delegate encouraged countries in the region to settle differences through dialogue.  Recalling that Burkina Faso, Côte d’Ivoire, Ghana, Guinea and Niger all have elections upcoming in 2020, he said that to create conducive conditions, parties must enhance mutual trust and resolve differences peacefully through dialogue.  He encouraged UNOWAS to strengthen coordination with other United Nations agencies, and regional and subregional organizations, aligning international and regional development initiatives with national strategies.  Further, greater support should be provided to help countries stem Boko Haram attacks, piracy in the Gulf of Guinea and intercommunal violence.  All parties should heed the Secretary-General’s call for a global ceasefire.  China supports various peace and security programmes, providing 300 million yuan in aid for counter-terrorism operations in the Sahel.

France’s representative said the international community must redouble efforts to support regional countries.  In the three-border area shared by Burkina Faso, Mali and Niger, terrorist groups are forcing thousands of people to flee.  Military operations carried out since March by France and the Group of Five for the Sahel have yielded results, weakening terrorist groups.  Consolidation of democratic processes in the region face a decisive moment.  In Guinea, legislative elections and the 22 March referendum were fraught with tensions and distrust.  It is essential that an in-depth dialogue takes place and the presidential election in October is held in a transparent, credible and inclusive manner.  In Burkina Faso, insecurity in the north and east could hinder the holding of elections on 22 November.  In the Lake Chad Basin, he welcomed successes achieved by Chad against terrorist groups.

The representative of Germany, Council president for July, spoke in his national capacity to stress that the effects of climate change have led to disputes between herders and farmers over scarce resources.  Such conditions create a breeding ground for violent extremism and terrorism, he said, underscoring the importance of the “climate and security nexus” in the UNOWAS mandate.  Meanwhile, women and girls are targets of sexual and gender-based violence.  While commending the integration of the gendered dimension in the work of UNOWAS, he said “much more needs to be done”, as women’s full and equal participation substantially increases the chances for peace and stability.  More broadly, any international engagement must go hand-in-hand with the principles of national ownership.  “It is the primary responsibility of Governments to build trust in State institutions,” ensuring the rule of law and respect for human rights.  He expressed concern over tensions related to elections in Guinea and Guinea-Bissau, as well as worsening security conditions in Burkina Faso, Mali and the Lake Chad Basin.  He urged all actors to fully respect human rights, stressing that freedom of opinion and expression is even more important during these difficult days of COVID-19.

UNITED NATIONS / Based on information received from the Security Council Affairs Division.