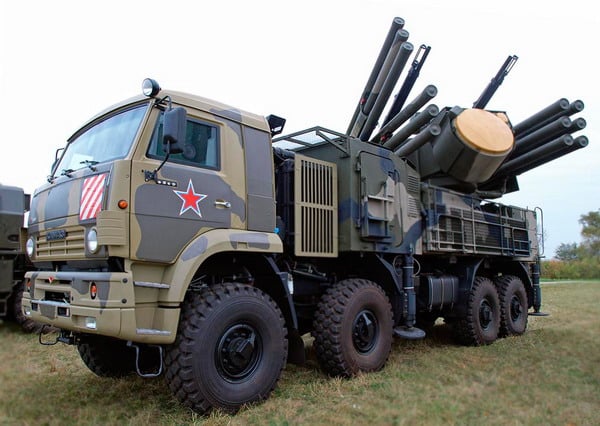 25/03/2020 – African countries have ordered around $1 billion worth of military hardware from Russia over the last six months, according to Russian officials, as Russia keeps its position as one of the world’s top arms exporters.

Director of the Federal Service for Military-Technical Cooperation (FSVTS), Dmitry Shugaev, told Interfax this month that “Representatives of most African countries have confirmed the disposition to develop strategic cooperation with us, including in the military-technical sphere. Many have expressed interest in acquiring military equipment and weapons, increasing quotas for training national personnel, and assisting our specialists in various kinds of consultations. But the most important thing is that since October 2019, the portfolio of African countries’ orders for Russian weapons has been replenished by about $1 billion. Thus, the [Sochi] summit gave a tangible, real impetus to our cooperation with the countries of the continent.”

Shugaev added that despite opposition and sanctions (notably from the United States), “we are moving forward.”

“We have a good start: at the beginning of this year, the order portfolio was estimated at approximately $55 billion. It is important that this trend has been maintained over the past few years in the range of $53-56 billion.”

According to Shugaev, 45% of Russian military exports are aviation-related, nearly a third account for air defence equipment and about 15% land systems. The remainder is naval equipment and other products.

Regarding the COVID-19 coronavirus, Shugaev said this could impact the defence sector and has already slowed negotiations with China.