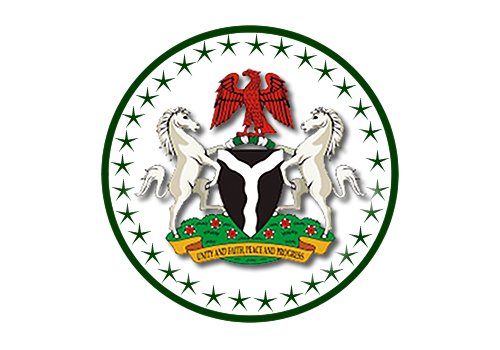 06/01/2020 – The Presidency on Sunday asked Nigerians not to panic over the withdrawal of 1,200 Chadian troops from the Lake Chad Basin bordering the country.

It said the withdrawal was in line with the mandate of the Multi-National Joint Task Force (MNJTF), launched on July 1, 2016 and due to end on December 31, 2019.

It said Nigeria will be sending troops to Chad as part of a new concept against the Boko Haram insurgency.

In line with the scope of the MNJTF, the 1,200 troops were recalled on Friday from a part of the Northeast.

Following their withdrawal, many Nigerians in Borno State started fleeing the areas managed by the Chadian troops, which is not vacant.

The operation was estimated to have cost Africa-EU partnership about 50million Euro and the UK about £5 million.

“Nobody should panic, Nigerians need not to worry at all about the Chadian withdrawals.

“They came here as a part of a concept of the ongoing operations. That concept has changed and they are moving out.

“Indications from the Defence Headquarters suggest that soon, Nigeria will be sending troops to that country as part of yet another concept.

“So there is nothing of concern about the way deployments are made by the MNJTF. They know what they are doing. It is in execution of their mandate.

“Nigerians should equally not have any doubts about the ability of our armed forces to hold their own. They are capable and have proven to be so,” President’s spokesman Garba Shehu said yesterday.

Chad’s General Chief of Staff General Tahir Erda Tahiro told AFP that if countries in the region which have contributed to a multinational anti-jihadist force were in agreement, more troops will likely be sent in.

“If the states around Lake Chad agree on a new mission there will surely be another contingent redeployed on the ground,”

The spokesman for Chadian Army,  Col. Azem Bermandoa, also told the AFP that “It’s our troops who went to aid Nigerian soldiers months ago returning home. They have finished their mission.

“None of our soldiers remains in Nigeria. Those who have come back will return to their sector at Lake Chad.”

The Africa-EU Partnership on its website gave a background on how the MNJTF idea was conceived in 2015.

It listed the objectives of Raising MNJTF as follows:

It said in part: “The European Council of 9 February 2015 concluded that the growing regionalization of the Boko Haram threat requires a collective and comprehensive response to defeat terrorism.

“In full respect of human rights, the African Peace Facility (APF) contribution was first announced by the High Representative of the Union for Foreign Affairs and Security Policy in late 2015.

“EU support through the APF reflects the strong commitment to fighting Boko Haram and to regional cooperation established under leadership of the Lake Chad Basin Commission (LCBC).

“The beneficiary of the project is the MNJTF, which is under the political leadership of the LCBC, and mandated by the AU Peace and Security Council (AU PSC). Its total strength is around 10 000 uniformed elements. Troop contributing countries are Cameroon, Chad, Niger and Nigeria. Benin deployed an additional 150 soldiers.

“The headquarters of the force are located in N’Djamena, Chad. The force is structured into four sectors each with its own headquarters namely Mora/Cameroon, Bagasola/Chad, Diffa/Niger and Baga/Nigeria. The MNJTF also includes a civilian component.

“France and the US provide in-kind support to individual MNJTF troop contributing countries (TCC’s), while the UK mobilised £5 million which is channeled through the AUC.

“Despite military achievements, the attacks and insecurity caused by Boko Haram continue to heavily affect the populations in the region. Some 2.2 million people are believed to be internally displaced as a result of violence throughout the Chad Basin, with an additional 206 000 refugees.”