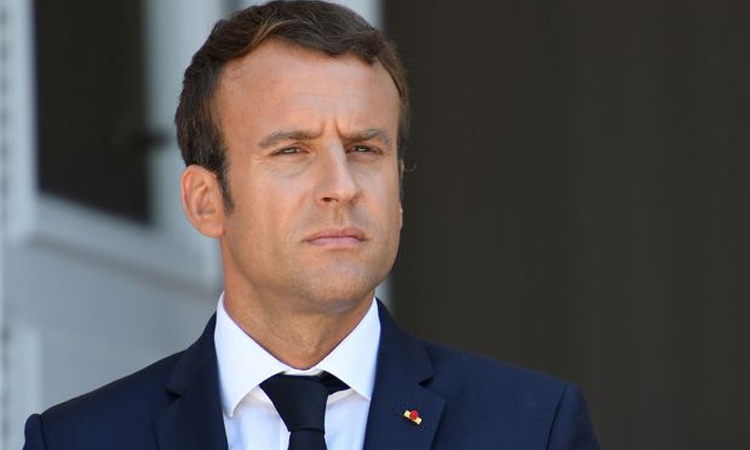 20/12/2019 – French President Emmanuel Macron has arrived in Ivory Coast, where he plans to share a holiday meal with French forces Friday evening, at the start of his West Africa visit aimed at confronting the region’s rising jihadist violence.

The weekend trip is providing a respite for Macron from the ongoing strikes back home over his plans to raise the retirement age, which have paralyzed transport ahead of the holiday season.

France has some 4,500 military personnel stationed throughout West and Central Africa, where Islamic extremist groups have carried out unprecedented attacks this year against local armies in Mali and Niger. Attacks are multiplying, too, in Burkina Faso.

The security situation Africa’s Sahel region is deteriorating by the day, said Ivorian political analyst Geoffroy Julien Kouao. Ivory Coast is not only home to a French military base, it is also the region’s economic powerhouse and it came under attack in 2016 when al-Qaida-linked militants sprayed gunfire at a popular beach, killing 19 people.

“Let’s not forget that Ivory Coast shares 800 kilometers (500 miles) of border with Mali and Burkina Faso so the military component dominates this visit by the French president,” Kouao said.

Macron was to meet with leaders of the Sahel countries in France earlier this month but the meeting was postponed when an Islamic State affiliate carried out the deadliest assault on Niger’s military in recent memory. Officials said 71 soldiers were killed when their army camp was overpowered near the volatile border with Mali.

During his first stop Friday evening at a French military base, Macron is meeting with those on the front lines of the fight including some commandos who were involved in the operation in Mali during which 13 soldiers died in a helicopter collision.

On Saturday, Macron plans to help launch the International Academy to Fight Terrorism, which will focus on regional strategies and training those involved in the fight against extremism, according to the French presidency.

He also will pay a visit to Niger’s President Mahamadou Issoufou in Niamey on Sunday before returning to France, where the summit with West African leaders has been rescheduled to mid-January.

Macron’s high-profile visit to Ivory Coast’s commercial capital also comes ahead of pivotal elections scheduled for October 2020. The former colonizer has substantial economic interests there, and past outbreaks of violence have seen French expatriate civilians targeted.

Ivorians remain scarred by the post-election bloodshed in 2010-2011 that left more than 3,000 people dead after then-President Laurent Gbagbo refused to concede defeat to Alassane Ouattara, who ultimately prevailed and then was reelected in 2015.

Initially Ouattara was limited to two terms, meaning the 2020 election would be a wide open field. Ivorian elections, though, have proven to be anything but predictable: Ouattara recently has given signs he might consider a third bid if his nemesis gets involved.

Gbagbo, who was accused of unleashing violence to cling to office after losing the runoff vote, remains popular among some Ivorians and it’s unclear what kind of influence he could have. He has been acquitted of criminal charges at The Hague in connection with the violence, though International Criminal Court prosecutors have launched an appeal.

Before that electoral crisis Ivory Coast already had suffered through a civil war that began in 2002 and left the country with a rebel-controlled north and a loyalist south until a 2007 peace deal. During the crisis a 2004 bombing killed nine French soldiers and an American scientist who had sought refuge at the base amidst the fighting.

On Sunday, Macron will pay tribute to the victims of a 2004 bombing during Ivory Coast’s civil war this weekend in Bouake. A trial is to begin in France next year, 15 years after the attack that killed nine French soldiers and an American civilian who had sought shelter at the French army base.

The Belarussian pilot and two Ivorian co-pilots who carried out the bombings are accused of murder and attempted murder, but will not be there because the international arrest warrants were never carried out.

The American victim, Robert Carsky, 49, grew up in Syracuse, N.Y. and spent most of his adult life working in West Africa as a soil scientist and crop researcher. A representative from the U.S. Embassy in Ivory Coast is expected to join Macron and his entourage at the site.

“These events took place in a context of war and relations between Paris and Abidjan were abysmal at that time,” Kouao said. “Macron and Ouattara want to erase this difficult moment and show that the two countries have excellent relations today.”