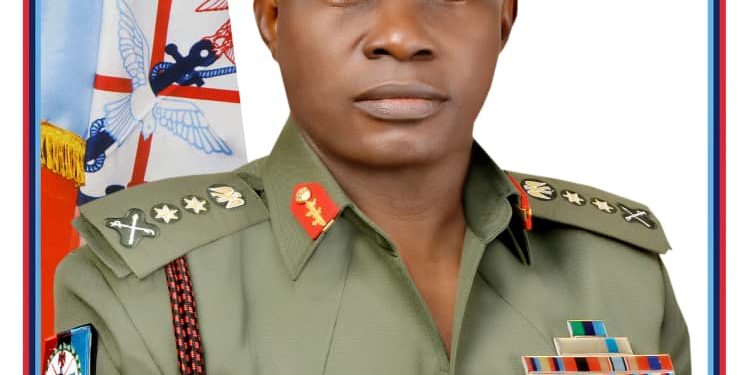 06/12/2019 – Defence Headquarters (DHQ) has described as unfounded reports that repentant Boko Haram fighters are being recruited into the Nigerian Army.

It explained that apart from de-radicalisation, rehabilitation and reintegration of ex-Boko Haram insurgents, which is under the auspices of Operation Safe Corridor as a non-kinetic operation, there was no such plan of recruiting repentant insurgents.

The DHQ also said only the 250 Boko Haram fighters who willingly surrendered to government troops that had been de-radicalised and reintegrated into the society “and are doing well in their respective communities”.

A statement by Acting Director, Defence Information, Brig.-Gen. Onyema Nwachukwu, said: “The Defence Headquarters has been notified of false information peddled in some online media, insinuating that de-radicalised Boko Haram ex- fighters are being absorbed into the Nigerian military. One of such insinuations is contained in a trending video footage published by Roots TV, where one Balhatu Musa Ezekiel claims the Nigerian Army had recruited de-radicalised Boko Haram ex-fighters into the Army and was, therefore, recycling insurgency.

“The Defence Headquarters wishes to unambiguously state that Balhatu’s claims are not only bereft of truth but laced with mediocrity emanating from poorly researched and uninformed position.”

It added: “Contrary to his claims, no Boko Haram ex-fighter has been recruited into the Nigerian military and no such plan is in the offing.

“The de-radicalisation, rehabilitation and reintegration programme is a Federal Government programme conducted under the auspices of Operation Safe Corridor as a non-kinetic operation.

“Nigeria’s de-radicalisation model is a very effective one, targeted at low risk combatants and has become a classical example in the Lake Chad Basin region and West Africa.

“Over 250 repentant insurgents, who willingly abandoned their struggle and surrendered to Federal troops have been de-radicalized, rehabilitated and re-integrated into the society by their respective state governments in conjunction with traditional and religious institutions.

“Nigeria’s de-radicalisation model is, therefore, not new in the global community, as such model exists in Algeria, Colombia, Pakistan and Saudi Arabia, where persons involved in violent extremism have been de-radicalised and rehabilitated. This process is, therefore, an internationally acceptable practice now…”