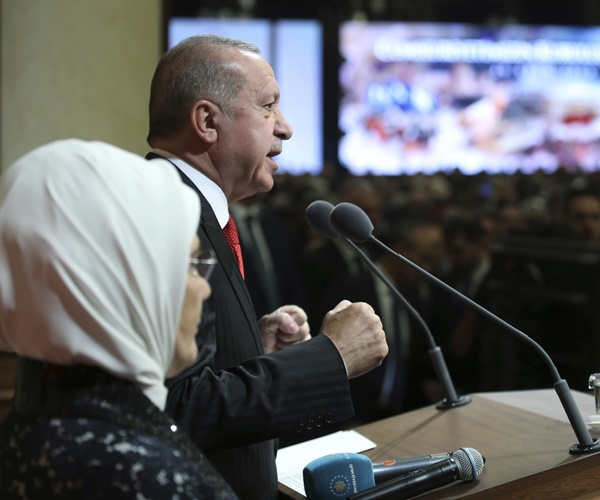 17/11/2019 – Turkey might be sending weapons to Nigeria, arming militants known as the « other ISIS, » Boko Haram, to slaughter both Christians and Muslims, making for a potential location to « recalibrate ISIS, » according to a Gate Stone Institute citing an Egyptian TV report.

« Today’s leak confirms without doubt that Erdogan, his state, his government, and his party are transferring weapons from Turkey to — this is a shock, to where you may ask — to Nigeria; and to whom? — to the Boko Haram organization. »

Boko Haram is the ISIS of West Africa, having started in Nigeria.

There is concern the weapons sent to the jihadist terrorist group might kill Christians and Muslims in Africa, and Turkish President Recep Tayyip Erdogan is reportedly behind the effort, per the report.

The report was mentioned by U.S.-based lawyer Emmanuel Ogebe in a letter to Rep. Chris Smith, R-N.J.

« An Egyptian TV program has again drawn attention to a concern I raised in testifying before your committee of evidence that Turkish Airlines surreptitiously flies armament into Nigeria, » Ogebe wrote, per the report. « As a business operating in the U.S., I once again urge for proper scrutiny, investigation and sanctions as necessary. As we approach the sixth anniversary of the FTO [foreign terrorist organization] designation of Boko Haram, it is important that those sanctions be enforced especially as Turkey’s current onslaught on the Kurds could potentially recalibrate ISIS which already has a West African phalanx in Nigeria.