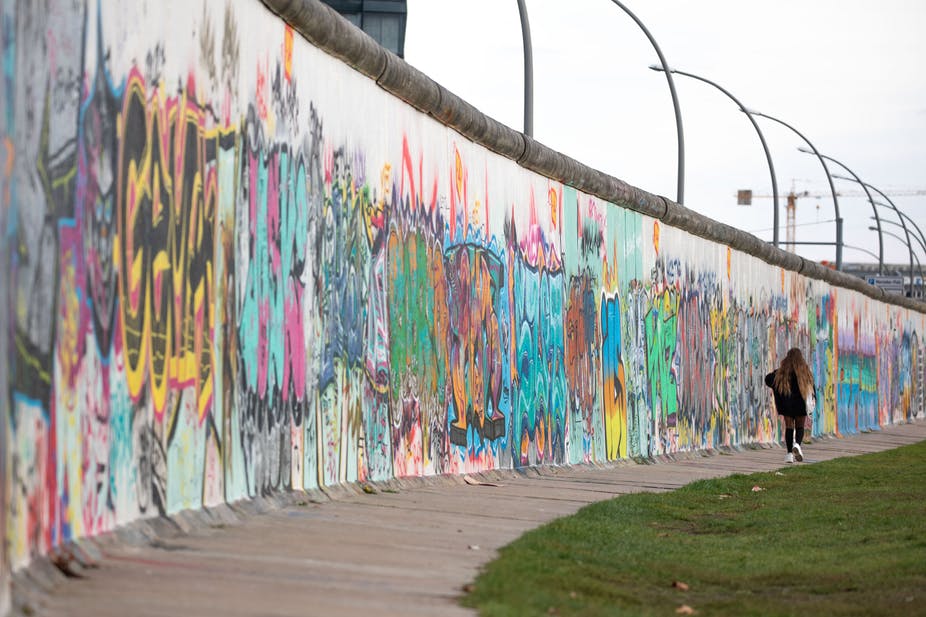 17/11/2019 – When the Berlin Wall was pierced on 9 November 1989, world attention was on Europe. But the collapse of the Soviet Union that followed resonated across Africa and globally. The 30th anniversary offers an opportunity to reflect on these forces and their implications for Africa’s politics and foreign relations.

The way forward for Africa in the aftermath of the Cold War – the decades-long struggle for supremacy between communist Soviet Union and capitalist US – was uncertain. Suddenly there were new opportunities for African agency. Since then the record has been mixed, but several broad trends are evident and hard to imagine had communism not collapsed.

During the first three decades of post-colonial independence, many countries had settled for the constraints of being allied to either the Soviets and China, or Western states (often their former colonial masters)

By the late 1980s, the increasing likelihood of liberation fuelled South Africa’s black majority’s hopes for freedom. The country became the last in Africa to be freed from white rule in 1994.

Salim Ahmed Salim, then secretary-general of the Organisation of African Unity (OAU), describes his recollection of that time in the book, “The Thabo Mbeki I Know” (69-79), thus:

The end of the Cold War meant that Africa could assert itself. The mandate of the OAU insofar as liberation was concerned was coming to an end because South Africa was about to become free. In reality, the whole of Africa became free when South Africa attained its liberation. Now that we were free, and our countries no longer had to deal with the question of liberation, what next?

Delineating the impact that the end of the Cold War has had during the ensuing three decades is almost as difficult as speculating where Africa would be today had this not happened. Changes in global alignment affected each of its now 54 diverse nations differently.

But marking the end of the bipolar era does offer the chance to reflect on both the changes and continuities in African politics and global relations since 1989. It’s also opportune to ponder where Africa might be heading.

But the political benefits to South Africa from the end of the Cold War were immediate and critical. The long, hard anti-apartheid struggle had been gaining momentum nationally and globally. But suddenly the global isolation of the white minority regime was sealed. And local resistance solidified as ideological differences and modest Soviet military assistance for the freedom struggle also disappeared.

The time had come to deal with the most basic demand for political rights and equality for all South Africans. Hence the negotiated settlement process to end apartheid started in earnest in 1991.

South Africa’s transition was exceptional. Centuries of brutal colonial oppression and decades of apartheid had divided and emasculated communities into so-called homelands. These were the ten mainly rural impoverished areas where black South Africans were required to live, along ethnic group lines, with false trappings of sovereignty.

One unintended consequence of this was the emergence of a popular opposition committed to non-sectarian, inclusive self-rule. Proclaimed in the 1955 Freedom Charter, the blueprint for a free and prosperous South Africa, it was finally be institutionalised in the country’s 1996 constitution, arguably the world’s most carefully designed and ambitious modern democratic experiment.

Unlike most of the world, South Africa’s nationalism is no longer rooted in the one “race” or ethnic group. It has become a leading example of civic nationalism. Historian James McPherson explains that most countries are variants of ethnic nationalism: people in a defined territory who share common characteristics of language, custom, religion and over time genetic characteristics.

What defines the civic nationalism of South Africa is not a dominant faction’s common roots, but a diversity of identities that share allegiance to the rule of law. It boasts a government of, by and for the people, as Abraham Lincoln tried to redefine America in 1863. These words were appropriately repeated in a unanimous 2017 decision by South Africa’s Constitutional Court in a case that tested the limits of parliamentary and presidential authorities.

The second decade after the Cold War marked a flourishing of pan-Africanism. It responded to Salim’s challenge by replacing the OAU with the African Union (AU) in July 2002, in Durban, South Africa.

With the continent liberated but still vulnerable to local conflicts and foreign meddling, several leaders mounted an effective diplomatic offensive to transform the OAU into a more effective regional body for preventing and resolving conflicts.

Complementary instruments, notably the African Charter on Democracy, Elections and Governance, obliged all AU members to hold periodic elections and to invite the AU to monitor them.

Greater cooperation was also evident within the eight AU affiliated regional economic communities. And there was fruitful experimentation with supplementary bodies, notably the African Peer Review Mechanism and the New Partnership for Africa’s Development.

South Africa played a leading role in these efforts to build capacity and advance African agency and self-reliance across the continent and globally, with the strong support of then President Thabo Mbeki (1999-2008).

The third post-1989 decade has been marked by many democratic setbacks, within and among African countries. Democratic reversals, including in South Africa, have been exacerbated by autocratic behaviours globally and escalating big power rivalries.

There are always risks for Africa when dealing with any major power. Last December, for example, then US national security advisor John Bolton outlined the Trump administration’s “New Africa Strategy” in terms evocative of the Cold War. Its goal is countering Russia’s and China’s growing influence on the continent.

Russia is no exception. Less than a week after the Russia-Africa Summit attended by dozens of African leaders in Sochi, Russia has been exposed for targeting African politics and elections using social media.

The full impact of the new technologies on Africa’s politics and economics needs much more study and analysis to develop balanced and fair policies as well as safeguards.

These new technologies are vital for Africa’s political, economic and social well-being. But they are also vulnerable to foreign manipulation. By 2029 we could even decide that digitisation lies at the heart of the fourth post-Cold War decade of struggle between democratic and autocratic politics in Africa.