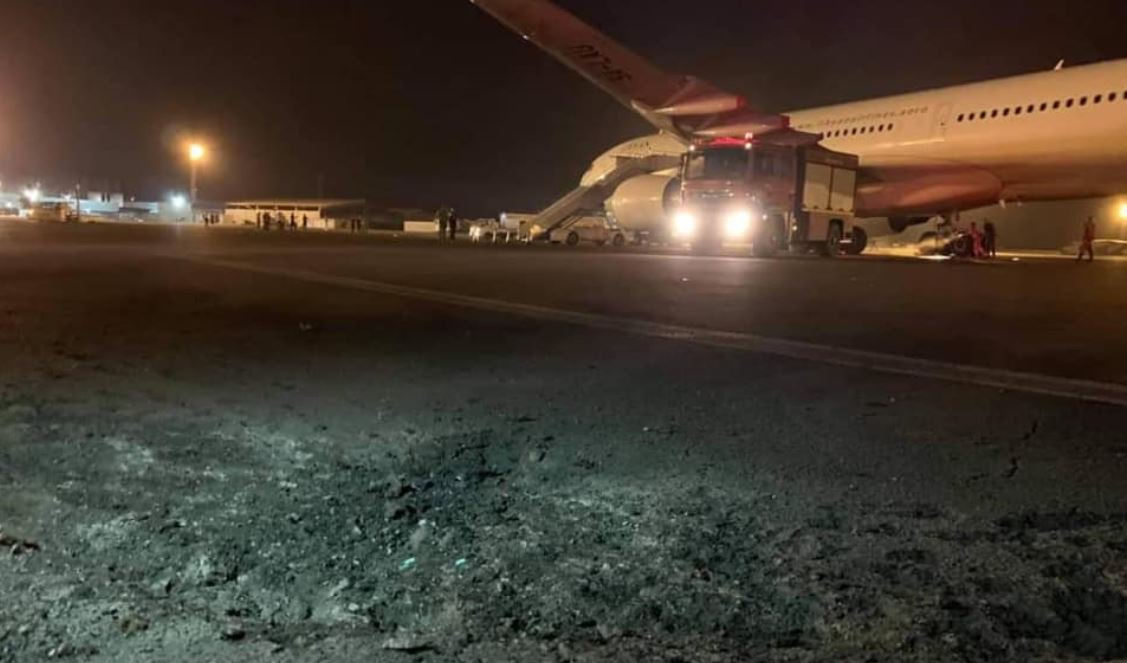 04/09/2019 – Tripoli’s only functioning airport, Mitiga Airport, was officially shut down on Sunday by Libya’s Civil Aviation Authority after it was hit by missiles again late Saturday. UNSMIL had reported that this was the seventh occasion since the end of July 2019 that Mitiga airport was hit by what it called ‘‘indiscriminate shelling’’.

The attack was blamed by the Faiez Serraj Tripoli government on the Khalifa Hafter-led forces.

All flights have been diverted to Misrata, a two-and-a-half-hour drive east of Tripoli.

The closure is indefinite with news circulating in Tripoli that it may be lengthy as airliners fear for their aircrafts and authorities search for ways to make the airport more secure. On previous occasions the airport would be reopened quite quickly after being hit be missiles or airstrikes.

It will be recalled that missiles were fired at Mitiga airport late Saturday night leading to four civilian injuries, including 3 pilgrim passengers (a woman and two men), and another civilian being hospitalised, while another 30 pilgrims who had fainted and experienced high rates of blood pressure and diabetes as a result of the panic – were also admitted to hospitals.

There was also some minor damage to infrastructure, parked cars and shrapnel damage to one aircraft.

The civilian injuries had occurred because the attack on the airport coincided with the landing of the Libyan Airlines flight upon its return with pilgrims from Saudi Arabia.

The Serraj government condemned the attack attributed to ‘’Hafter’s militias’’ in the strongest terms. It said that ‘‘This repeated terrorist action is only carried out by those who are devoid of humanity and religious principles and undervalues Libyans’ blood’’.

It called on the international community to accept its international responsibility in protecting civilians and called on UNSMIL to expose the facts to the Security Council and to take deterrent actions to stop this aggression – beyond its soothing statements.

Meanwhile, UNSMIL had also condemned the attack ‘‘in the strongest possible terms’’ adding that the perpetrators will face accountability.

It had dispatched an assessment mission to the airport confirming that four projectiles struck the civilian parts of the airport; three projectiles landed in the parking lot and one hit the runway resulting in damage to an airplane that had carried dozens of pilgrims returning from the Hajj. At least two crew members were injured while rushing out of the plane.

It said that the attack terrorised passengers and airport staff and it constitutes a direct threat to the lives of pilgrims and other civilian passengers and cannot be justified under any pretext. UNSMIL called for immediate cessation of attacks against Mitiga airport and all civilian infrastructure and properties.

UNSMIL said it is documenting the incident for onward transmission to the International Criminal Court and the Security Council. Those behind the attacks should be held accountable, it concluded.

Meanwhile, yesterday, the Libyan National Army (LNA) denied responsibility for firing the missiles at the airport. It blamed ‘‘terrorist militias’’ wishing to free their fellow prisoners from Mitiga prison (located on the grounds of the airport).

As proof of this, the LNA referred to the previous bombing of the airport by extremist Islamist militias based in Tajura – which occurred before the LNA launched its war on Tripoli on 4 April 2019.

“The so-called Special Deterrent Force are under great pressure to release a number of detainees.” LNA Spokesperson Ahmed Mesmari had added.

He also stressed that the terrorist Muslim brotherhood organization is trying to claim LNA as the one responsible for targeting the airport, it all falls under the media war the Muslim Brotherhood is waging to slow down the Libyan Armed Forces advance in Tripoli, he had added.