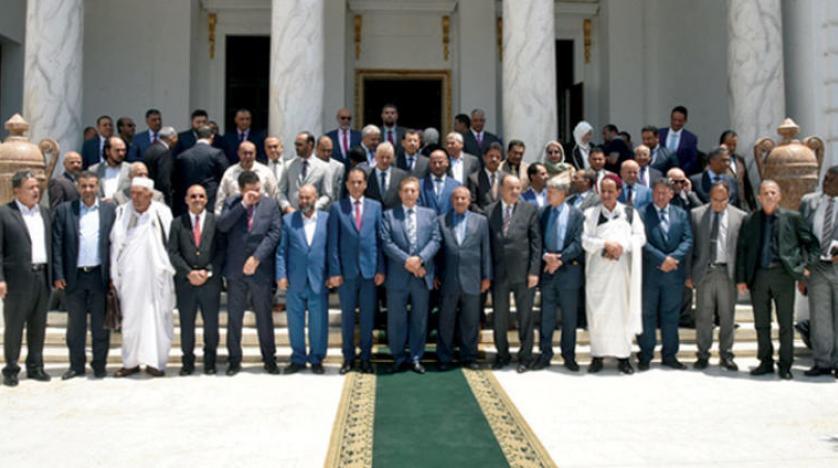 13/07/2019 – Libyan MPs warned Saturday against the dangers of the « Turkish role over their country’s stability,” due to Ankara’s arming of terrorist militias in Tripoli. They also stressed their keenness to “extend bridges of cooperation with Egypt and bolster means of communication to eliminate terrorism in their country.”

This came during the visit of Libyan parliamentarians to Cairo to participate in the meeting organized by the Egyptian national committee entrusted with helping Libyans reach a political solution.

Around 80 deputies arrived in Cairo by Saturday to discuss several issues, mainly the sharp division among MPs, the financing of armed militias and the fight against terrorism.

Since May, around 60 deputies boycotted the parliament sessions in Tobruk, chaired by Libyan parliament Speaker Aguila Saleh. They began holding parallel sessions at Rixos hotel in the capital, where they elected Sadiq al-Kahili as the Libyan Parliament Speaker.

The parliament – elected in 2014 – consists of 188 deputies and it exercises its tasks besides the interim government headed by Abdullah al-Thani alongside the National Accord government chaired by Fayez al-Sarraj.

Abdul Nabi pointed out that the Libyan delegation will also head Sunday to the Arab League to meet officials and discuss several issues concerning Tripoli.

He noted that the upcoming meetings “will focus on means of ending internal differences and returning cohesion among Libyans within the framework of common understandings on Libya’s interests.”

Meanwhile, Ebtisam al-Rubai, a member of the Libyan House of Representatives, said: “there is a suspicious Turkish role in the increase of the Libyan crisis as they are supporting militias with arms and money.”

“The Turkish role is well known to all, causing casualties and negatively affecting Libya’s security and stability. Our priority now in Libya is to eliminate terrorism,” she said.

Rubai also highlighted the importance of Egypt’s role in supporting the Libyan people and achieving security and stability.

For his part, Libyan MP Abdul Muttalib Thabit said on the sidelines of the visit: “We have sought through our meetings on Saturday in the parliament and the Arab League on Sunday to work on uniting Arab efforts to counter the Turkish intervention in Libya.”

He pointed out that “Arab countries are able to stop Turkish President Recep Tayyip Erdogan’s project in the region, just as the Egyptian people did in the June 30 revolution.”

Sahel-Elite |Photo : A group photo of the Libyan parliament’s delegation in the Egyptian parliament on Saturday, July 14, 2019 (Asharq Al-Awsat)