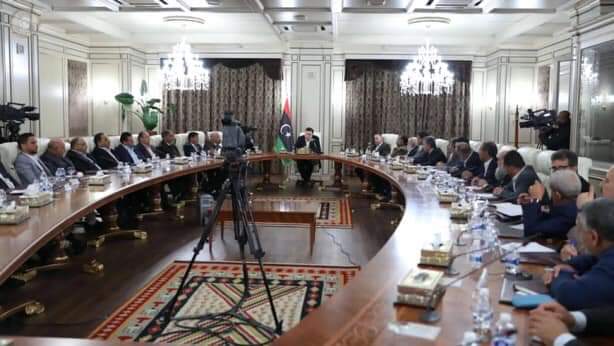 During his meeting with Mayors of Libya’s western region yesterday, Presidency Council and Government of National Accord head, Faiez Serraj, confirmed the following points agreed upon at the Abu Dhabi meeting with Libyan National Army (LNA) Commander Khalifa Hafter:

1-The emphasis on Libya being a civilian state.

3-Working to unify the state’s institutions such as the Central Bank of Libya.

4-Cessation of hate and incitement speach and narrative.

5-Presidential and parliamentary elections to be held before the end of 2019.

8-The continuation of meetings and follow-up on the agreed points.

The points did not mention the sentative and controversial issue of Hafter’s desire to lead Libya’s future unified army.

It leaves it open to speculation if Hafter was promised such a role, or any other role, or whether Hafter plans to stand for any future elections.

Either way, if elections are indeed held this year, any agreement would be void as the results of the election and the winners of power will determine what will happen next.

In view of the atmosphere of mistrust and suspicion of Libyan politicians, it is not clear why Hafter and Serraj did not hold an instant press conference in Abu Dhabi to reveal the details of their agreement an allay the fears of the sceptical Libyan public.

It will be recalled that the hitherto opaque Abu Dhabi agreement had been met with suspicion and  criticism, especially by Hafter’s opponents.

Hafter has over the years made a number of contradictory statements about the viability of democracy in Libya which makes his opponents sceptical of any pronouncements of his suport for a civilian state, elections and democracy.