2018/06/11 – France on Monday expressed concern about the ongoing instability in its former colony the Central African Republic, warning in particular against an increased Russian military presence there that Paris says could undermine peace efforts.

Paris has warned the growing presence of Russian military advisers and arms in the war-ravaged country could exacerbate tensions between warring Muslim and Christian factions.

Speaking in Dakar, Senegal, French Defence Minister Florence Parly took aim at Russia over its “opportunist” role in the CAR as she called on Moscow to play within the multilateral frameworks.

“Any self-interested manipulation of opportunist powers would be inept and unworthy. Let us give our full support to the African Union to preserve all chances for a quick and peaceful solution to the crisis,” she said.

“All international efforts to secure the Central African Republic are welcome, but this must be done within the framework of United Nations resolutions and the African Union. All other initiatives that are opportunistic initiatives will not help to improve the security situation,” she continued.

A French colony until 1960 and one of the world’s poorest countries, the CAR has suffered from fighting since 2013, when mostly Muslim rebels overthrew the government but were pushed back by Christian militias.

The president’s personal guard is now reportedly made up largely of Russians. 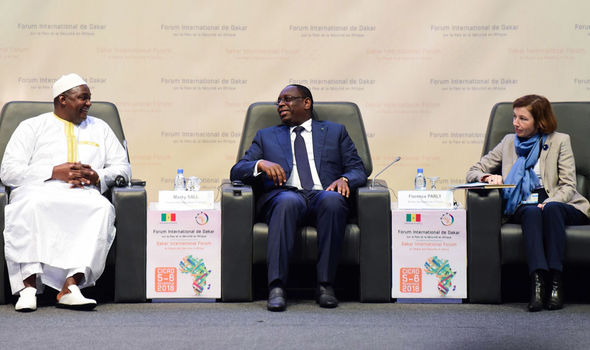 But France has repeatedly warned that the growing presence of Russian military advisers and weapons in the CAR could amplify tensions in the war-torn nation.

“Africa belongs to Africans and no one else, no more to the Russians than the French,” Mrs Parly told the weekly Jeune Afrique last week.

“Russia has asserted its presence in the Central African Republic in recent months, it is true, but I am not sure that this presence and the actions deployed by Moscow, like the agreements negotiated in Khartoum at the end of August, help to stabilise the country,” she said.

The defence chief was referring to a preliminary agreement signed by rival armed groups in August and that Russia and Sudan helped to broker. Paris oversaw post-crisis negotiations. 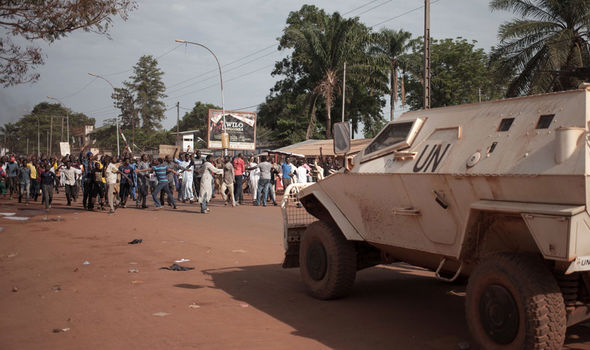 France’s Foreign Minister Jean-Yves Le Drian on Friday promised some 24 million euros (around £21 million) in aid to the country and the delivery of 1,400 assault rifles to local authorities, but also warned that the CAR could not become a playground for world powers.

Suspicions have previously been raised that the Russians are cutting deals with rebels and deploying mercenaries to guard the extraction of gold, diamonds and uranium.

But the foreign ministry said earlier this year Russia and the CAR had agreed on joint “exploratory mining concessions”.