2018/08/29 – Defense Secretary Jim Mattis said the military will modify how special operations forces are prepared for missions in Africa because of a deadly ambush by extremists last year in Niger that revealed a lack of training for troops heading into hot spots. END_OF_DOCUMENT_TOKEN_TO_BE_REPLACED 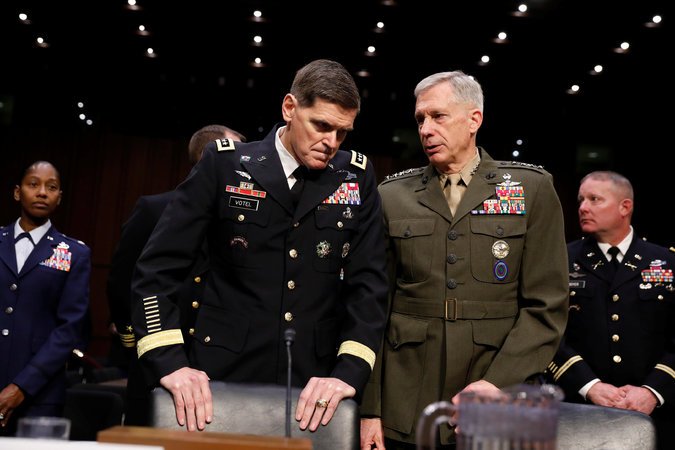 2018/03/15 – Green Berets working with government forces in Niger killed 11 Islamic State militants in a firefight in December, the American military acknowledged for the first time on Wednesday. The battle occurred two months after four United States soldiers died in an ambush in another part of Niger — and after senior commanders had imposed stricter limits on military missions in the West African country. END_OF_DOCUMENT_TOKEN_TO_BE_REPLACED

2018/03/06 – A propaganda video released by the Islamic State group that apparently shows the deadly ambush of U.S. troops in Niger raised fresh questions Monday as to the nature of the mission and why the soldiers had been left so vulnerable.

END_OF_DOCUMENT_TOKEN_TO_BE_REPLACED

The U.S. Army has notified the family members of the four U.S. soldier killed in the ambush last month in Niger that the investigation of the incident will likely conclude in January 2018.

Maj. Gen. Roger Cloutier, U.S. Africa Command’s chief of staff, is spearheading the investigation team, which will be traveling to areas in the U.S., Africa, and Europe to gather information, according to a statement from the Pentagon on Wednesday. END_OF_DOCUMENT_TOKEN_TO_BE_REPLACED