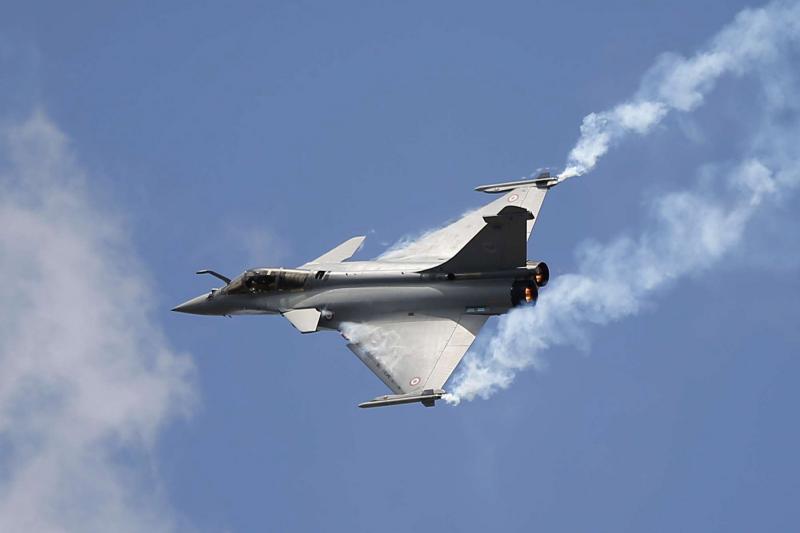 06/07/2020 – Informed sources told The Arab Weekly that the warplanes that targeted al-Watiya airbase in western Libya were Rafale jets, which limits the identity of the attacking power to France and Egypt, the two countries within the range of the base that possess this type of aircraft.The sources considered the attack a quick response to Turkish Defence Minister Hulusi Akar’s visit to Tripoli, which reflected the extent of Turkish persistence in western Libya.

The Turkish presence in Libya is highly worrisome to both Cairo and Paris, pushing them to raise the tone of their criticism of Ankara. Cairo has threatened to intervene militarily in Libya if the Turkish-backed Tripoli militias tried to advance towards Sirte, while Paris described the Turkish moves as “unacceptable,” stressing that it would not allow this to continue.

But this recent airstrike on al-Watiya air base showed that the red lines in airspace differ from the red lines on land drawn by Egyptian President Abdel Fattah al-Sisi. Indeed, basing fighter planes and military drones in al-Watiya constitute a direct threat to any army units deployed in Sirte, al-Jufra base and eastern Libya.

Sisi has floated the possibility of his country directly intervening in Libya, pointing out that Egypt “will not allow the conflict in Libya to cross the Sirte line.” He also stressed that, “with regard to Egypt’s security, al-Jufra is a red line that we will not allow any force to cross.”

Egyptian news websites published undated photos of Hawk missile batteries and radars, which they said were among the targets attacked in al-Watiya.

The Libyan National Army (LNA) had withdrawn from al-Watiya base following sustained Turkish air strikes on the base, allowing the Ankara-supported militias of the Tripoli government to take control of the base. Since then, there have been several reports of a plan to convert the place into a Turkish base, a development that France strongly opposes. According to some news reports, Paris had suggested to convert it into a NATO base.

On Sunday, the Tripoli government accused “a foreign air force” of bombing al-Watiya base, without providing details of the identity of the attacking aircrafts nor of the targets hit.

Although Turkish and Qatari media denied that there were casualties in the bombing, the Libyan source confirmed that the raids caused the deaths of a number of Turkish soldiers who were transferred to the hospital in the town of al-Jamil, near the base.

A retired Libyan army officer residing in the Zintan region revealed to The Arab Weekly that a squadron of fighter planes launched a series of air strikes on al-Watiya base, where Turkey had deployed F-16 fighters, Bayraktar TB2 and Anka-S drones, backed by a MIM-23 Hawk air defence system with its radars.

The retired officer, speaking on condition of anonymity, said that nine air strikes targeted the al-Nadab quarters at al-Watiya base, which the Turkish military forces on the base had used as their headquarters since last May. Also targeted were Sungur air defence systems, fixed and mobile radar installations and Koral signal jamming system, which the Turkish army units had stationed at al-Watiya base.

Before that, a number of activists in Libyan west coast cities circulated video clips showing a Turkish military convoy loaded with multiple air defence equipment heading towards al-Watiya base located about 140 km southwest of the capital, Tripoli. The Libyan officer described the strikes on Al-Watiya base as a “qualitative air operation.”

From the side of the official Libyan authorities in Tripoli, however, there was no reaction to these air raids that all observers saw as an “unusual” military operation, and one that seems a prelude to coming political changes beyond what is currently prevailing. It opened new gates to curtailing the Turkish expansion in Libya.  That expansion has actually began to shrink as a result of regional and international pressures.

Libyan parliament member Ibrahim al-Darsi said that “the air strikes were launched by forces all too well-known to us,” and added that the targets of these attacks were “a clear message and constituted a strong and painful slap in the face of Turkish President Recep Tayyip Erdogan and his proxies in Libya, especially the militia government headed by Fayez al-Sarraj.”

Speaking with The Arab Weekly by phone from eastern Libya, al-Darsi said that the messages of these raids “confirm that the Libyan arena is not empty, but includes forces that have the ability to strike hard anywhere and at any time, and their timing is a direct warning to Erdogan, reminding him of the red lines not be crossed, especially after the increase in Turkish movements in Libya, amid reports of preparations for an attack on the city of Sirte and on the base of al-Jufra.”

Turkey had stepped up its provocations in Libya. The attack on al-Watiya came after a two-day visit to Tripoli and Misrata by Akar and Turkish Chief of Staff Yasar Gular, during which they inspected Turkish soldiers and Turkish military operations rooms in the two cities.

Addressing the Turkish soldiers in Libya, Akar said that “putschist Haftar’s dream of controlling all of Libya was about to be achieved, but your contributions have changed the balance of power and put an end to it, and it is not only the press that says this, but decision-making circles and military circles around the world and the international community. They all said the Turks came here and changed the fate of this place, changing by the same token Haftar’s situation.”

Immediately after that, Khalifa Haftar responded to the Turkish defence ministry with a message stating that he was still present and firmly standing, by conducting inspection tours that included a number of camps of the LNA’s combat units in the city of Benghazi, including the Garyounis camp, which hosts more than 1,000 officers, non-commissioned officers and soldiers.