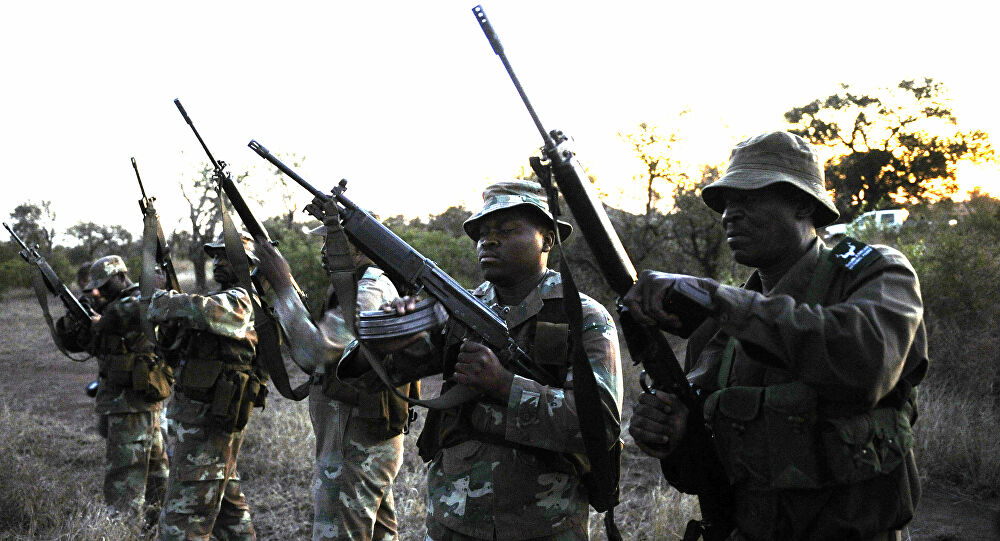 04/07/2020 – Northern Mozambique has been in the grip of a jihadist insurgency since 2017, with the violence having reportedly already killed more than 1,000 people there.

In an article published on the website Conversation, political scientist Theo Neethling from the Bloemfontein-based University of the Free State, focused on South Africa’s position pertaining to an increase in “deadly violence” in the northern parts of Mozambique.

“There is now even a possibility that the South African National Defence Force might become involved in [Mozambique’s] most northern Cabo Delgado province, with a view to ending [… the] litany of atrocities, abductions and destruction of infrastructure”, Neethling noted.

He suggested that if approved, the South African military’s goal in northern Mozambique might be tackling “the violent activities of an extremist and militant Islamic group, Ahlu Sunnah Wal Jammah”.

The author recalled in this regard that the group is also locally known as Al Shabaab, despite the fact that it has no links with the Somali movement of the same name.

He warned that South Africa’s possible interference in the situation in northern Mozambique may require “a counter-terrorism type of operations”, which Neethling claimed would be “highly challenging”.

The insurgency in northern Mozambique, which is rapidly spiralling out of control, is exactly the type of thing we warned about in terms of not underfunding the SANDF. It has gone from a local problem to a possible regional destabilisation & spillover threat in mere months.1/ https://t.co/QG14XtYsVq

The author asserted that there should be serious concern over the situation in the area, given that Mozambique borders eSwatini, Malawi, South Africa, Tanzania, Zambia, and Zimbabwe.

“Four of these six countries are landlocked, and hence depend on Mozambique as a gateway to global markets”, he went on, adding that violence in the Cabo Delgado province “could thus threaten regional stability”.

Neethling cautioned that although Ahlu Sunnah Wal Jammah’s headquarters is located at least 2,500 kilometres (1,553 miles) from South Africa, “the group nevertheless poses a challenge to the country too ».

“After all, Mozambique has strong economic ties with South Africa as the region’s economic engine. Regional stability is certainly in the interest of South Africa”, he pointed out.

According to the author, the South African government is looking at the problem in the context of four pressing issues, including “the danger of the spread of Islamist extremism so close to home; the strategic importance of the area under siege; weakness of Mozambican security forces; and combating organised crime”.

He recalled that the situation in northern Mozambique has become “the first case of violent extremism of this kind in southern Africa”, something that has already ridden roughshod over hefty investment in the Cabo Delgado area, which is “among Africa’s three largest” liquefied natural gas projects.

A look at the insurgency in northern #Mozambique , in the coastal region of #CaboDelgado. Since 2017, violent events have been conducted by an Islamist militant group identified as Ansar al-Sunna, formed by Mozambican radicals and reinforced by Tanzanian militants. 1/6 pic.twitter.com/DIpomHpRwf— Jules Duhamel (@julesdhl) March 3, 2019

As for South Africa, it “has another interest in these developments” in northern Mozambique, Neethling noted, adding that the South African energy and chemical giant Sasol “has invested heavily in gas exploration projects since 2014”.

He recalled that South Africa has long “experienced an illegal influx of Mozambicans due to development challenges in their country”, which is why the “economic, political and social development in Mozambique are of the utmost importance to South Africa, which is battling massive poverty and unemployment of its own”.

The author concluded the piece by predicting that the Southern African Development Community currently deciding to help Mozambique fight the insurgency “makes it highly likely that South Africa’s military forces will somehow get involved”.

The article came amid reports that at least 1,000 people have already died and that over 200,000 more have been displaced as a result of the activity of Islamist insurgents, who reject the government and want to establish political Islam in northern Mozambique, which has been in the grip of violence since 2017.