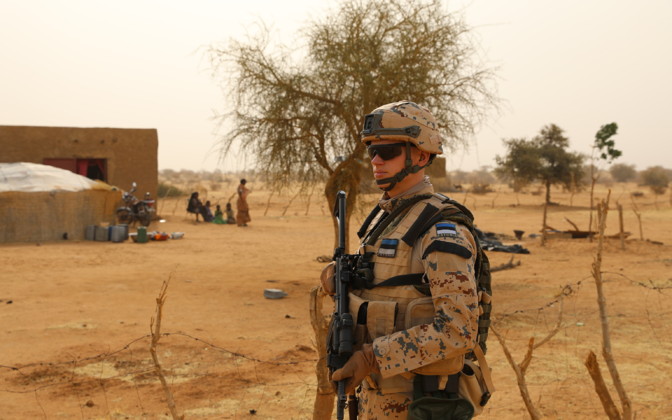 13/06/2020 – Minister of Foreign Affairs Urmas Reinsalu (Isamaa) and Minister of Defense Jüri Luik (Isamaa) on Friday attended a high-level meeting of the Coalition for the Sahel, where they expressed support for the coalition and emphasized the need to stabilize the Sahel region.

The agenda for Friday’s meeting, which was also attended by foreign and defense ministers from France, the U.K-, the U.S. and the G5 Sahel states⁠ — Mauritania, Mali, Burkina Faso, Niger and Chad⁠ — as well as other parties and representatives operating in the Sahel region, included military operations in the Sahel region, providing security support to the G5 Sahel countries and engaging the international community, according to a Ministry of Foreign Affairs press release.

Partnership in the Sahel region holds strategic importance for both Estonia as well as the international community in order to stabilize the security situation there and encourage the development of the region. Instability affects the security of the entire African region as well as Europe, the ministry said.

In his speech, Reinsalu expressed support for the Sahel coalition and condemned the violence against civilians and peacekeepers in the region.

« It is our common goal to sustainably ensure stability in the Sahel, and this can be achieved only through coordinated and comprehensive cooperation, » he said. « From a security aspect, it is crucial to consider all the root causes of the conflict. »

Minister Luik also announced plans to increase the Estonian Defense Forces’ (EDF) contributions in the region in order to support the training of the Malian Armed Forces as well as highlighted excellent cooperation between Estonian and French soldiers.

Estonia has also allocated a total of €100,000 through humanitarian organizations to help alleviate the humanitarian situation in Mali.