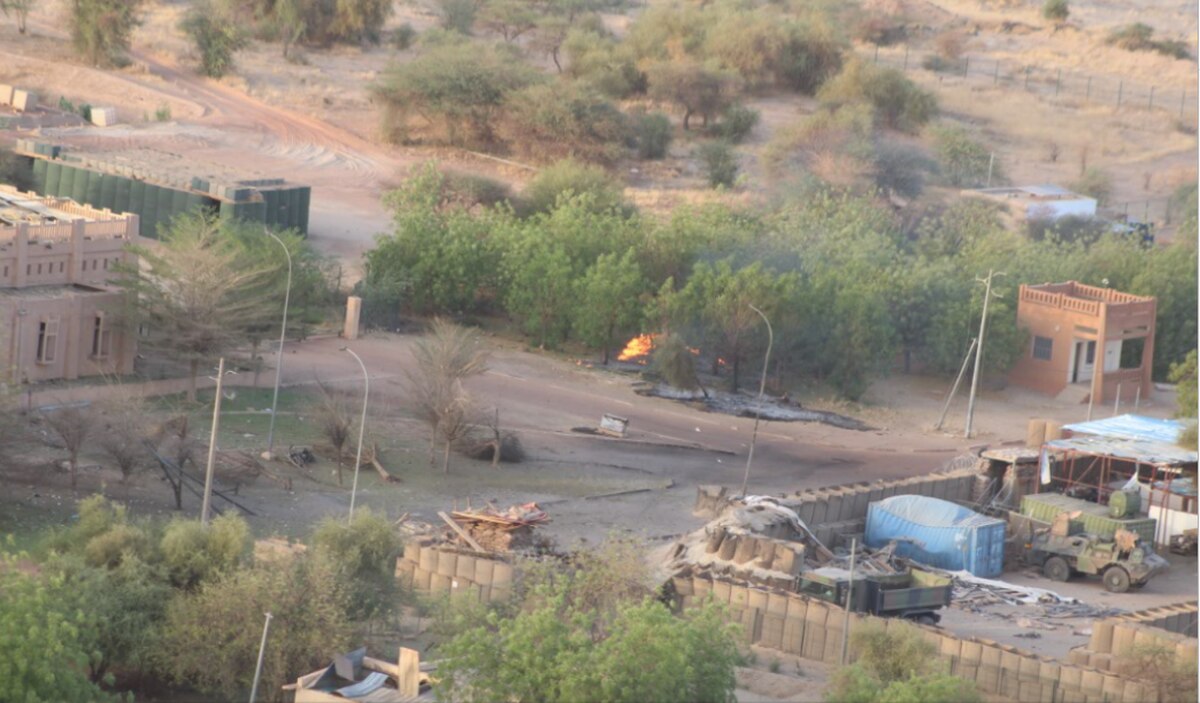 16/04/2020 – U.S. troops were part of a multinational force that repelled a brazen daytime raid by militants inside the United Nations Super Camp near Timbuktu Airport in Mali two years ago, according to award documents obtained by Military Times.

Several service members said in interviews they believed the politically sensitive nature of African missions, and the fact that some Americans were at risk of capture, may have had a negative influence on the awards process for all of them.

“The severity of this was so, so downplayed, » said one of the service members. “They didn’t want to highlight the fact that there were isolated American forces in the middle of all this who were injured.”

The assault included rockets, mortars, car bombs and roughly 30 militants disguised in Malian Army and UN peacekeeper uniforms. Four of the Americans, a sailor, two soldiers and an airman, were pinned down in a bazaar as an alert siren sounded and an opening salvo of mortars peppered the quarter-mile-long camp.

The Americans said French soldiers and UN peacekeepers from Burkina Faso fought the majority of gun battles to retake the perimeter, but the French compound was lightly manned, as most of them were outside the wire that day.

“There were less than 30 people in the [French side of] camp and they knew that. They attacked at a very opportune time, » said one American, adding that he estimated the attack had been planned well in advance. « Getting over 6,000 pounds of explosive for VBIEDs, you don’t do that overnight.”

The four Americans broke through a fence to take shelter in a small bunker, ushering in several dozen Malian civilians who were shopping and working at a local bazaar just moments earlier. The Americans, armed only with 9mm sidearms, counted in the civilians and took up guard positions at the entrances of the bunker. Several hundred meters from them, the first car bomb detonated, breaching the outer perimeter of the camp.

Kyle Rempfer | MilitaryTimes – Photo: The French camp’s entrance in the bottom right is seen demolished in the aftermath of an attack on the UN Super Camp in Mali in April 2018. (Courtesy photo)