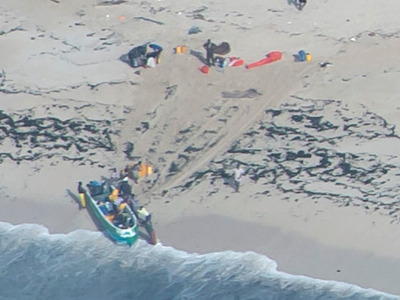 23/03/2020 – The COVID-19 coronavirus will have a profound impact on commercial and security trends within shipping this year, and efforts to mitigate maritime crime in West Africa will be hampered if the virus continues to spread.

This is according to Dryad Global, which said the emergence of COVID-19 as a severe global public health issue has created significant ramifications, including economic disruption and the threat of a global recession, logistical complexities, geopolitical considerations, and security issues.

Dryad cautioned that West Africa is particularly vulnerable to rises in piracy, partly driven by a lack of effective mitigation strategies, and co-ordinated security responses to piracy and maritime crime remain embryonic across the region. “Should, as is likely, COVID-19 spread of throughout sub-Saharan Africa, overwhelming healthcare systems and becoming most states main priority, efforts to mitigate regional maritime crime in West Africa will likely be neglected. Therefore, with the heightened risk that security responses are hampered due to widespread infection, it is unlikely there will be a decrease in piracy incidents and a partial increase is eminently possible. Nigeria is likely to remain the epicentre of West African maritime security issues, with any downturn in vessel volume unlikely to alter the current trend,” Dryad said.

Dryad currently assesses the likely impact of COVID-19 on piracy in the Indian Ocean as minimal. While there has been an increase in the number of reported incidents in the Gulf of Aden in 2020, none of these incidents have been confirmed as acts of piracy. The spread of COIVID-19 throughout the key risk areas in the Indian Ocean, is unlikely to significantly alter events or the security picture in the short to medium-term.

As states increasingly restrict the movement of citizens, trade is likely to be exacerbated in areas such as the Gulf of Guinea, Gulf of Aden, Red Sea, Gulf of Oman and the Malacca Strait, where black market activity has been observed in the past. The economic impact of COVID-19 on these areas is likely to lead to an increase in illicit maritime trading, according to Dryad. The scale of COVID-19 infection in global maritime crime hotspots will likely determine the degree to which current social economic problems are exacerbated by the crisis. Where there is evidence of longer-term economic impact then it is likely that there will be an increase in incidents.

Fragile states with volatile domestic agendas are most likely to suffer violence and disorder in the short to medium term as COVID-19 spreads, Dryad believes. “Theft, looting, and general disorder will likely be a feature of many states. The frequency of these is highly likely to be exacerbated by a scarcity of resources to maintain order, as governments become overwhelmed by the spate of issues (such as pressures on health systems and surges in unemployment) that have been seen to accompany the spread of the disease.”

As disorder and panic spreads, Dryad believes it is realistic to anticipate a rise in global migration from states which cannot sufficiently quarantine and lockdown infected regions. An area of particular concern is Libya, which has in recent years seen high levels of migration. With a breakdown in Libyan state administration a possible consequence of the pandemic, it is likely increasing numbers of potential migrants could feel they face improved odds in Europe. This in turn may increase the chances that vessels in the Mediterranean have to assist migrant vessels in distress, but would simultaneously raise the prospect of migrants who carry COVID-19 being a health concern to vessel crew.