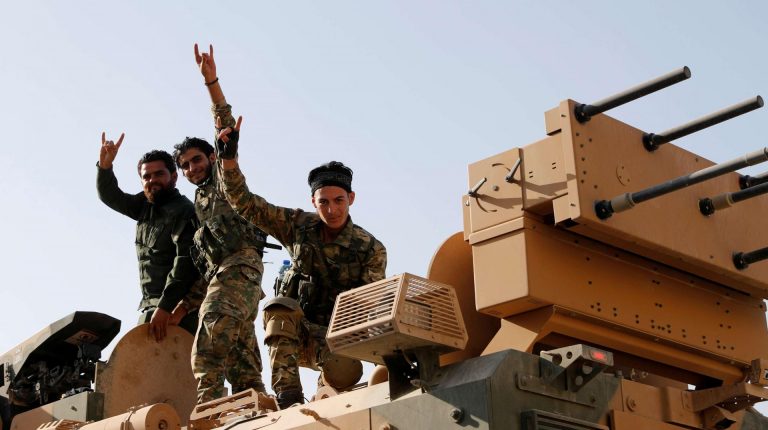 05/01/2020 – Egypt’s Ministry of Foreign Affairs warned on Sunday of the grave consequences against any Turkish military intervention in Libya, stressing that such an intervention would hinder any Libyan peace process and Mediterranean stability.

The ministry also held several meetings with European ambassadors, including the US ambassador in Cairo, to keep them abreast with Egypt’s stance on the Turkish intervention.

Moreover, the Saudi Ministry of Foreign Affairs condemned on Sunday the “recent Turkish escalation” in the Libyan cause and the approval of the Turkish parliament to send troops to Libya. According to a statement of the foreign ministry, the kingdom considers the Turkish move a violation of Security Council resolutions.

“The kingdom affirms that this Turkish escalation represents a threat to security and stability in Libya, and a threat to Arab and regional security, as it is an interference in the internal affairs of an Arab country in violation to international principles and covenants,” read the statement.

About a month ago, Ankara and GNA signed two memorandums of understanding to demarcate maritime borders between Libya and Turkey in the Mediterranean, in a step which outraged Egypt, Greece, and Israel.

On Thursday, the Turkish parliament approved deploying troops in Libya.

The Ministry of Health of the Libyan Government of National Accord (GNA), based in Tripoli, announced that at least 28 people were killed in an attack on a military academy in the Libyan capital late on Saturday.

Tripoli, which is under the control of the GNA, is facing an offensive by the Libyan Arab Armed Forces (LAAF) led by general Khalifa Haftar.

LAAF’s attacks increased in the past week following the announcement of Turkey’s intention to send military aid including troops to support the GNA.

Meanwhile, the Libyan parliament -based in Tobruk- voted to provide Haftar with emergency funding, and called also for severing relations with Turkey, accusing the GNA of treason.

Moreover, amid rising tensions in the Mediterranean after Turkey’s moves regarding Libya, the Egyptian Naval Forces carried out a full amphibious landing maneuver in the Mediterranean Sea. The naval exercise witnessed the participation of Mistral LHD and Gowind class corvette, and Apache Ka-52 and AH-64 gunships.