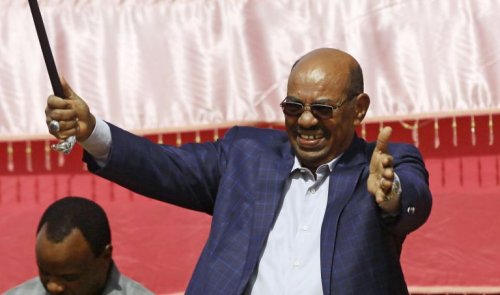 2018/28/11 – The Sudanese President Omer al-Bashir would conduct an official visit to Belarus from 9 to 11 December, a well-informed source told the Russian news agency, Sputnik, on Monday“Al-Bashir would be accompanied by a ministerial delegation including ministers of oil and gas, minerals, trade and industry besides the state minister of finance and the governor of the central bank of Sudan,” said the same source.

Last year, Belarus and Sudan signed an agreement on friendly relations and cooperation. The document was signed by Belarus President Alexander Lukashenko and Sudan’s President Omer al-Bashir in Khartoum.

In August 2017, a senior Sudanese delegation headed by the speaker of the National Assembly Ibrahim Ahmed Omer visited Minsk and discussed ways to implement agreements signed between the two countries in the fields of oil industry, agricultural and animal processing.

Belarus is one of the Sudan armament providers. A military cooperation protocol covering training, exchange of experiences, and military science fields was inked between the two countries on June 15, 2006.

Al-Bashir is under two International Criminal Court (ICC) arrest warrants since 2008 for genocide, crimes against humanity and war crimes allegedly committed in Darfur.

Since the issuance of the two arrest warrants, Bashir limited his trips abroad to ICC non-party states but he also travelled to five signatory states including the Democratic Republic of Congo (DRC), Nigeria, Malawi, Djibouti and South Africa.

His trip to South Africa in 2015 drew international attention after he flew out of the country defying a High court order which orders the government to ban his departure until an application calling for his arrest had been heard.