2018/04/09 – An Israeli campaign is underway in sub-Saharan Africa on winning over African nations, which, partly due to significant Muslim minority populations, have often constituted a bloc of opposition at the UN.

In June 2017, Israeli Prime Minister Benjamin Netanyahu was the first non-African leader to participate in a Summit of the Economic Community of West African States, or ECOWAS. The following November, he attended Kenyan President Uhuru Kenyatta’s swearing-in ceremony in Nairobi, joining leaders from other African countries and holding several bilateral meetings.

In 2016, Netanyahu had already become the first Israeli prime minister in three decades to travel In April of this year, Netanyahu announced a deal with the UN refugee agency to resettle African asylum seekers, keeping 16,000 in Israel and sending 16,000 to Western countries. The next day, under political pressure in Israel, he suspended the deal, outraging Israeli human rights activists. While the suspension holds for now, the prime minister emphasized that it would be reexamined.

With growing investments in East and West African countries, Israel is becoming a key player on the continent. Israel’s expansion in Africa, like that of China, India and Turkey, is facilitated by relative pullback by the United States and France. The involvement focuses on geostrategic and security interests, particularly forming allies to support Israel in international bodies and fight against jihadist movements to gaining new trade partners and access to markets. So far, the strategy is working as African countries embrace this role.

Historically, Afro-Israeli relations have fluctuated. In the 1960s, Israel provided assistance to newly independent African states in varied fields, ranging from agriculture and medicine to defense and infrastructure construction. More than 30 Israeli diplomatic missions operated in Africa until the 1973 Yom Kippur War between Israel and the Arab coalition led by Egypt and Syria. In the war’s wake, the Organization of African Unity instructed its members to cease diplomatic ties with Israel. All except Malawi, Lesotho and Swaziland did so. Israeli-African collaboration continued in some fields, including agriculture and development. Israel, fearing opposition forces in states such as Chad, Togo and the former Zaire, also ensured military support to mainly authoritarian regimes. Most African countries resumed diplomatic relations with Israel in the 1990s. Israel currently has ties with 40 out of the 48 sub-Saharan African countries, yet only 10, including Kenya and Senegal, have embassies. Israel is now pushing to regain observer status in the African Union, after losing this role when the Organization of African Union was replaced by the AU.

Securing Israel’s diplomatic interests represents the main official reason behind Netanyahu’s visits and renewed African focus. Before attending the ECOWAS, he told Israeli media that he aimed to “dissolve … this giant bloc of 54 African countries that is the basis of the automatic majority against Israel in the UN and international bodies.”

Israel’s diplomatic rapprochement may be reaping fruits. In 2015, Israel resisted an International Atomic Energy Agency resolution demanding it open its undeclared nuclear facilities to UN inspectors, partly because several African states abstained or voted against it.  Even on issues as tense as the Israeli-Palestinian conflict, some progress can be seen. In December, the UN General Assembly overwhelmingly rejected a resolution recognizing Jerusalem’s status as Israel’s capital, and Pham suggests it was a small victory for Israel that only 27 of the 44 members of the Africa Group who are not also members of the Arab League voted in favor. For years, African states had mostly supported Palestinian self-determination, not surprising given that sub-Saharan Africa is home to a considerable Muslim population 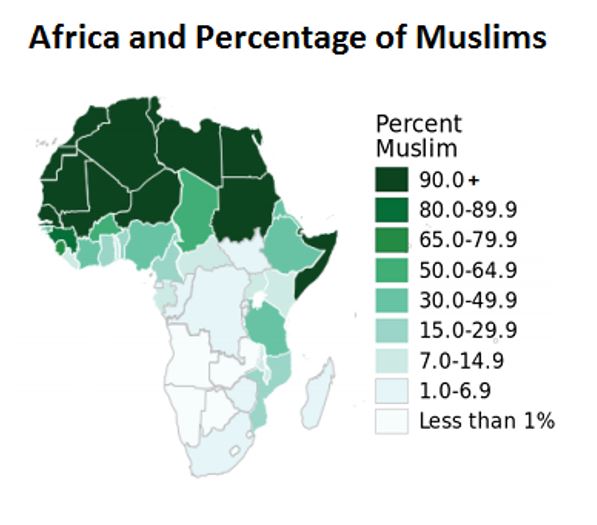 Regardless of stances on the Palestinian question, many African countries seek closer ties with Israel in other geopolitical fields such as security and counterterrorism. Extremist movements, such as Boko Haram in Nigeria and Al-Shabaab in Somalia, are a threat in East and West Africa alike. Israel’s security knowledge is perceived as beneficial, especially in terms of technological surveillance, collecting and digitizing personal data, and border-control systems. Israel has direct interest in supporting African states to fight terrorism and monitor jihadist movements, and preventing destabilization of Egypt, its southern neighbor – all in the context of “furthering collective security on the global platform,” notes Isola, adding that is why France and the United States also fight terrorism on the continent. “Israeli security is intrinsically connected with the total extrication of terrorist groups from all parts of the world, including from African countries.”

Six of the 10 fastest growing economies in the world are in Africa with Ethiopia in the lead, and trade is another central reason for Israel’s interest. Africa, despite present-day challenges, is still very much the continent of the future. Pham emphasizes that “there are considerable stakes for an economy such as Israel’s to be able to tap the dynamic region.” Africa is also the youngest continent, and Pham points out that by mid-century, one in four workers in the world will be African. With only $1 billion in annual Israeli-African trade value, Israel has barely started exploring this market. Almost two thirds of current trade takes place with South Africa, mostly for diamonds. African states seek access to sophisticated technology in a multiple domains including military applications, surveillance, irrigation, water management and solar energy. African states also hope to diversify arms and military technology suppliers to become less dependent on the United States and Europe.

During ECOWAS, Netanyahu announced an investment of $1 billion in solar energy to benefit the 15 member countries over the next four years with implementation by Energiya Global, Israel’s leading solar developer. The first project: a $20 million solar field at Roberts International Airport in Liberia, estimated to supply 25 percent of the country’s power.  In December, Israel signed an agreement with the United States to increase Africa’s energy access and electricity deficiencies through innovative solutions. The partnership is part of a $7 billion, five-year Power Africa project, launched by the Obama administration.

For the most part, Israel’s rapprochement focuses on many of the same areas as during the 1960s and 1970s: military support and raw goods like diamonds. Israel still conceptualizes development, security and economic assistance as exchangeable for votes in international organizations, punishing any non-compliance. In early 2017, following a UN Security Council vote condemning Israeli settlements as illegal, Israel cut aid to Senegal for supporting the resolution. Despite policy sophistication, Israel does not seem ready to quit the traditional carrot-and-stick approach. It may find that long-term connections of mutual interest are more productive.